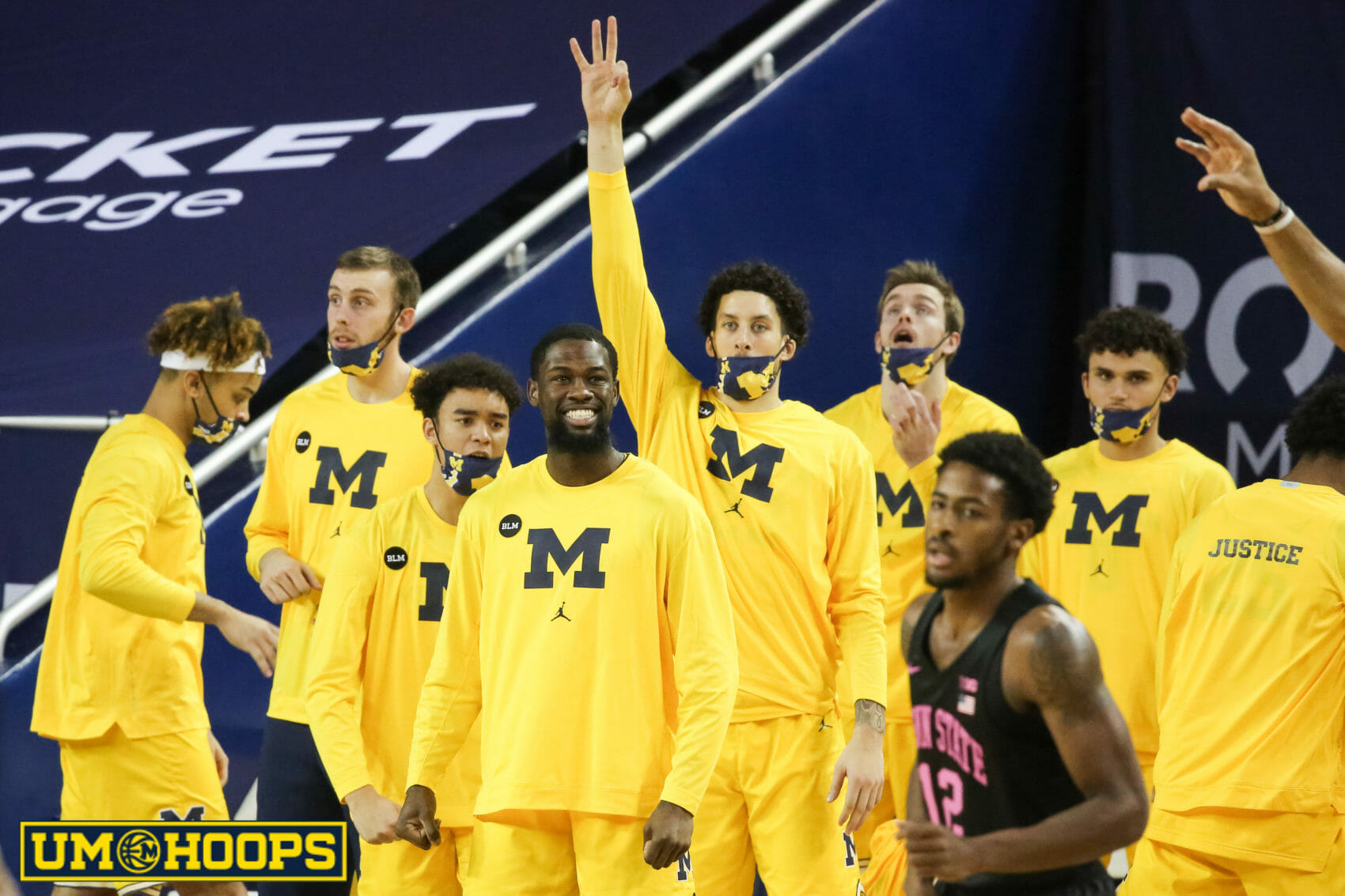 With sports betting now legal in Michigan, we’ve partnered with DraftKings Sportsbook. The postseason is around the corner and there’s still time to get your futures bets in ahead of the postseason.

If you or someone you know has a gambling problem and wants help, call the Michigan Department of Health and Human Services Gambling Disorder Help-line at: 800-270-7117.

I went through some of the current futures listings and picked out some spots that I found intriguing. 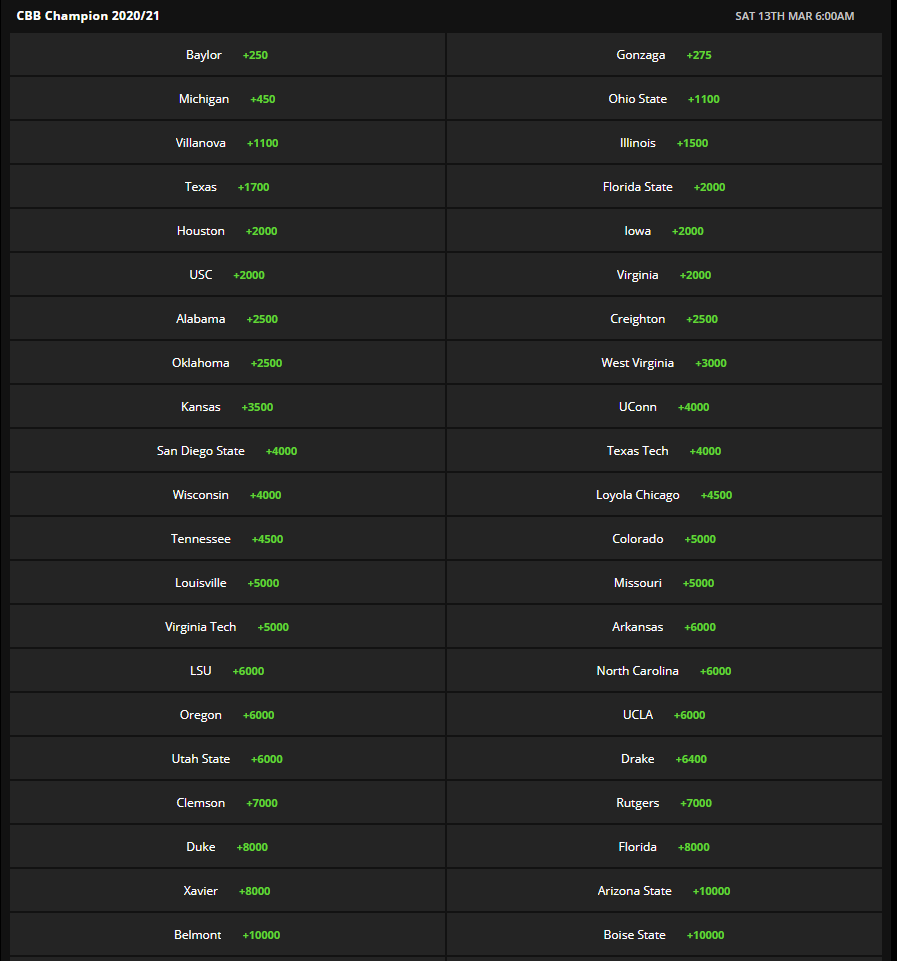 With two prohibitive favorites and then a lot of parity, it is a bit easier to find an edge on teams making the Final Four. Maybe they won’t beat Baylor, Michigan, and Gonzaga, but they are good enough to get hot en route to the final weekend of the season.

Here’s an assortment of “Make the Final Four” futures — with Michigan listed at -150 — and a few picks who appear to be good value. 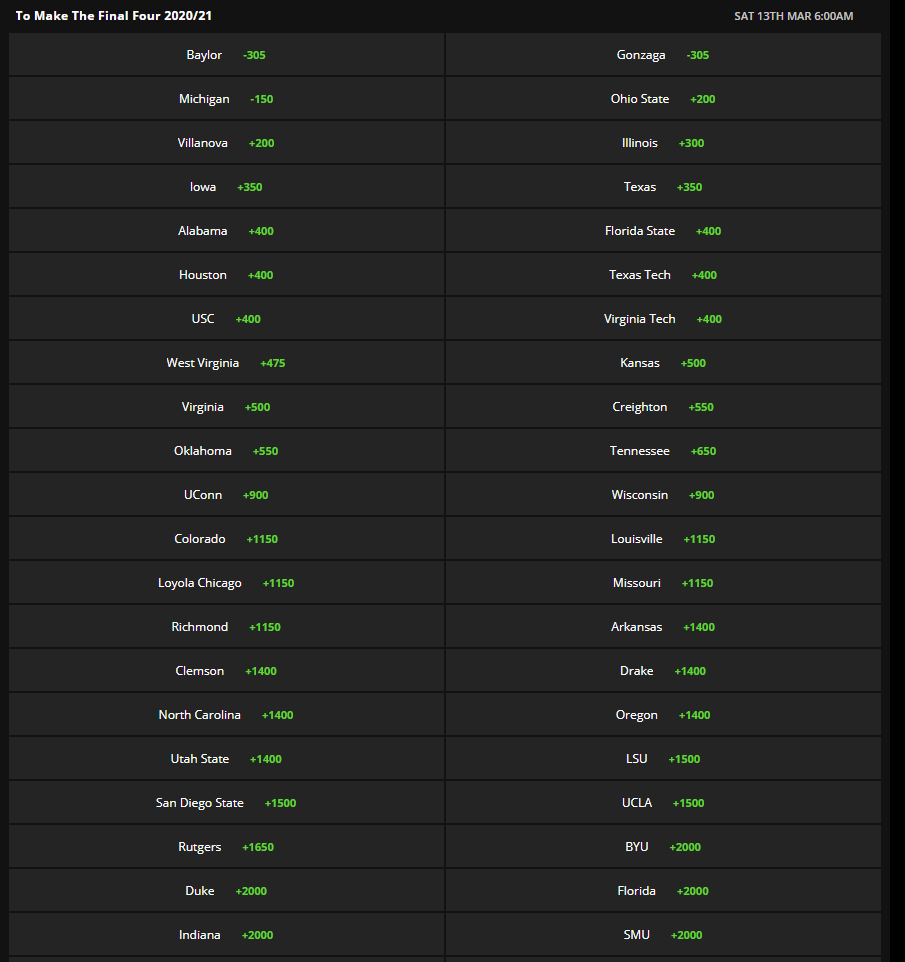 Michigan is a +225 favorite to win the Big Ten Tournament in Indianapolis. Here’s the full listing of futures for the conference tournament followed by some of my favorite picks.

Conference tournament winners have to balance the sweet spot of both having enough to play for and being talented to win 3+ games in as many days. My picks:

Can the Big Ten win one? 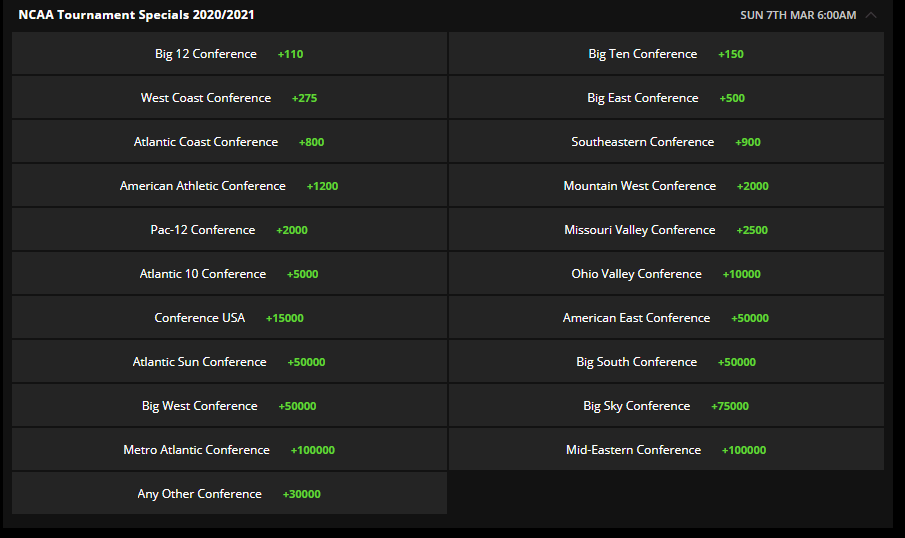 I think the value plays her are probably the ACC (+800) and the SEC (+900) but these odds definitely prove how close the Big Ten is to ending its title drought after two decades.