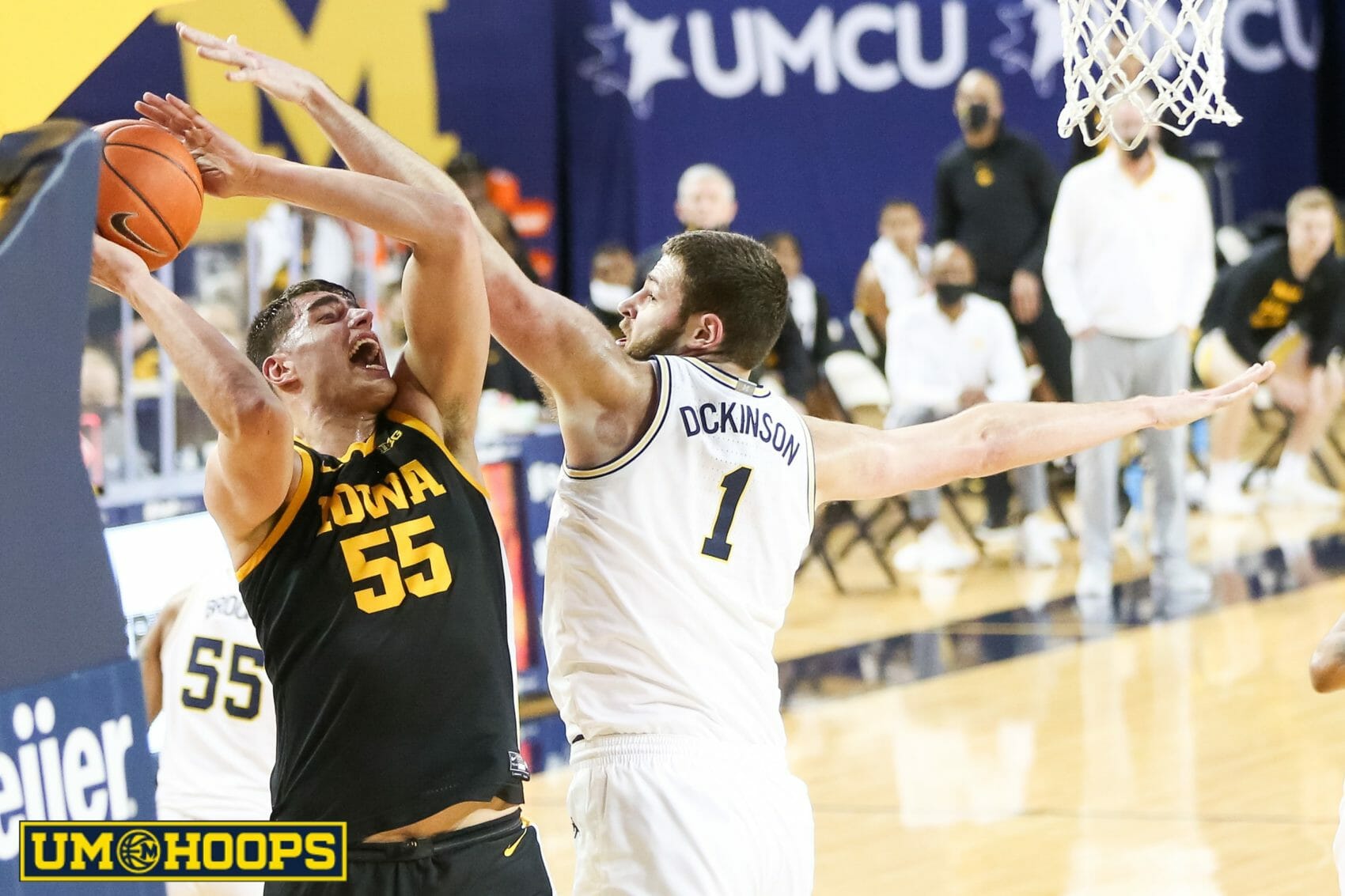 Luka Garza, already 6-of-19, was under the basket. His Iowa Hawkeyes were hanging on for dear life. Then Garza traveled. On the bench, Fran McCaffery bellowed. Garza took a brisk walk back down the court as his coach took a technical foul. He wore an exasperated look with a sheen of unfamiliarity — a man trying to find his way out of a lockbox.

This game was, at least, supposed to be high-scoring. The three-way combination of Hunter Dickinson, Austin Davis and Brandon Johns Jr. was not supposed to stuff the presumptive National Player of the Year into a closet. But that travel was Garza’s last contribution to the scoresheet.

After a defensive performance on Sunday that qualified as Michigan’s worst of the season by points per possession, the Wolverines put in what, considering Iowa’s standing as the best offensive team in the country, will likely be considered their best. In between, Juwan Howard waited longer than normal to go over the tape. “I held it and held it in my back pocket,” he said, “til the time I felt it was right to inspire a better defensive effort than what we gave against Ohio State.”

Garza’s final stats in a game that Michigan won 79-57: 16 points, 6-of-19 shooting, four rebounds and two turnovers. The points tie his second-worst mark of the season, Iowa’s .85 points per possession are its worst. The story there starts over the summer.