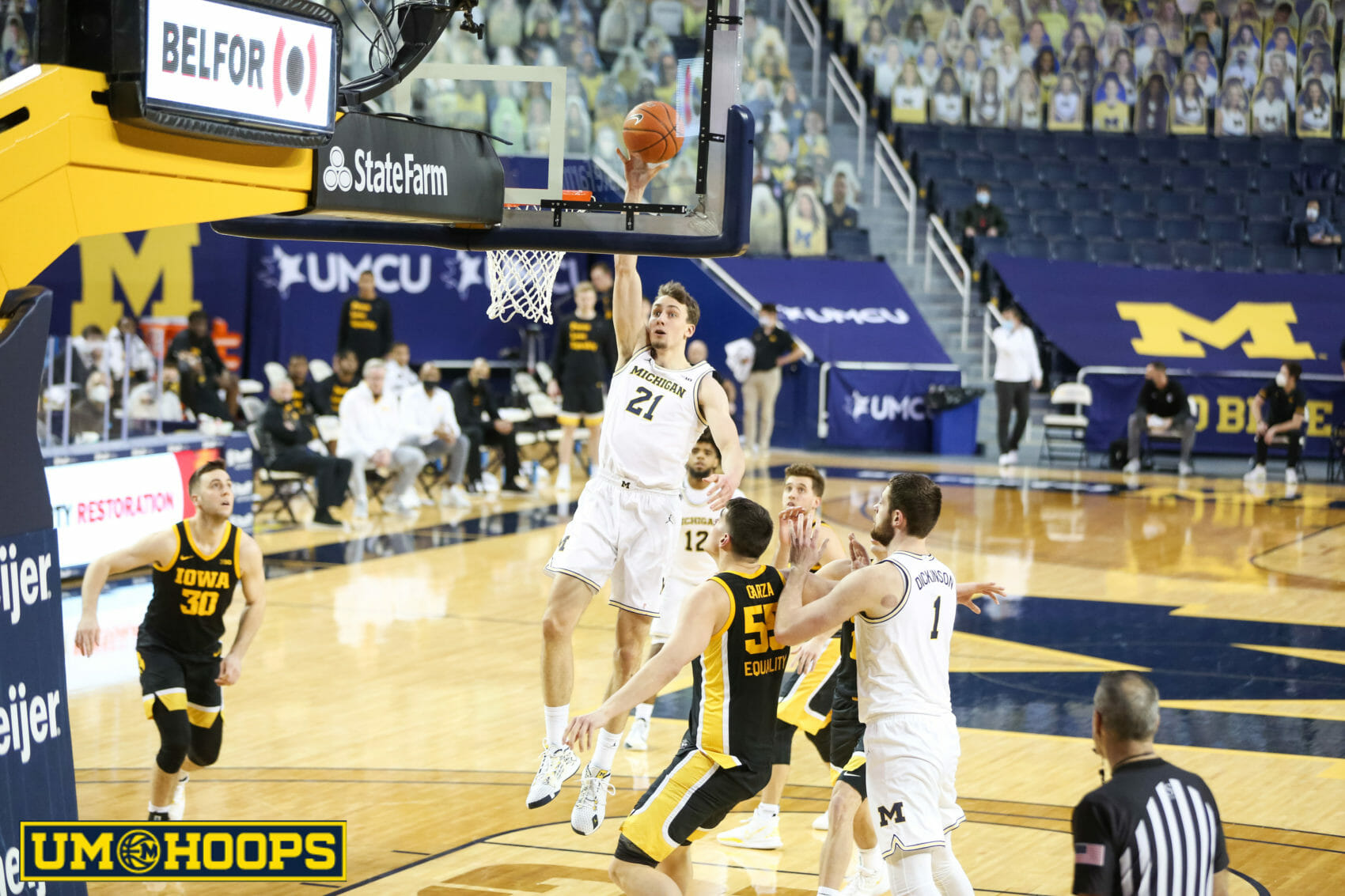 Isaiah Livers didn’t mince words in his postgame Zoom session after another resounding conference victory. This one was over Iowa, a top ten KenPom team with the best offense in the country. Michigan was favored by five and won by 22. The Hawkeyes average 86.4 points per game, they scored 57. You know the script by this point in the season.

Juwan Howard is quick to sidestep any big picture question about games or scenarios that might lie ahead, but Livers has emerged as a de facto spokesman for this Wolverine team. If you want an honest answer about where this team stands, tune into Livers’ Zoom.

It isn’t November anymore and Michigan has earned the right to shoot for it all. This isn’t an idle early season goal, the Wolverines are legit. This team continues to find another gear and continues to find new ways to win while falling back on the trusted recipe. After a shootout win in Columbus, Juwan Howard ripped into his team about their defensive performance. They turned around a few days later and blanketed the National Player of the Year and held the nation’s best offense to its worst offensive performance in years.