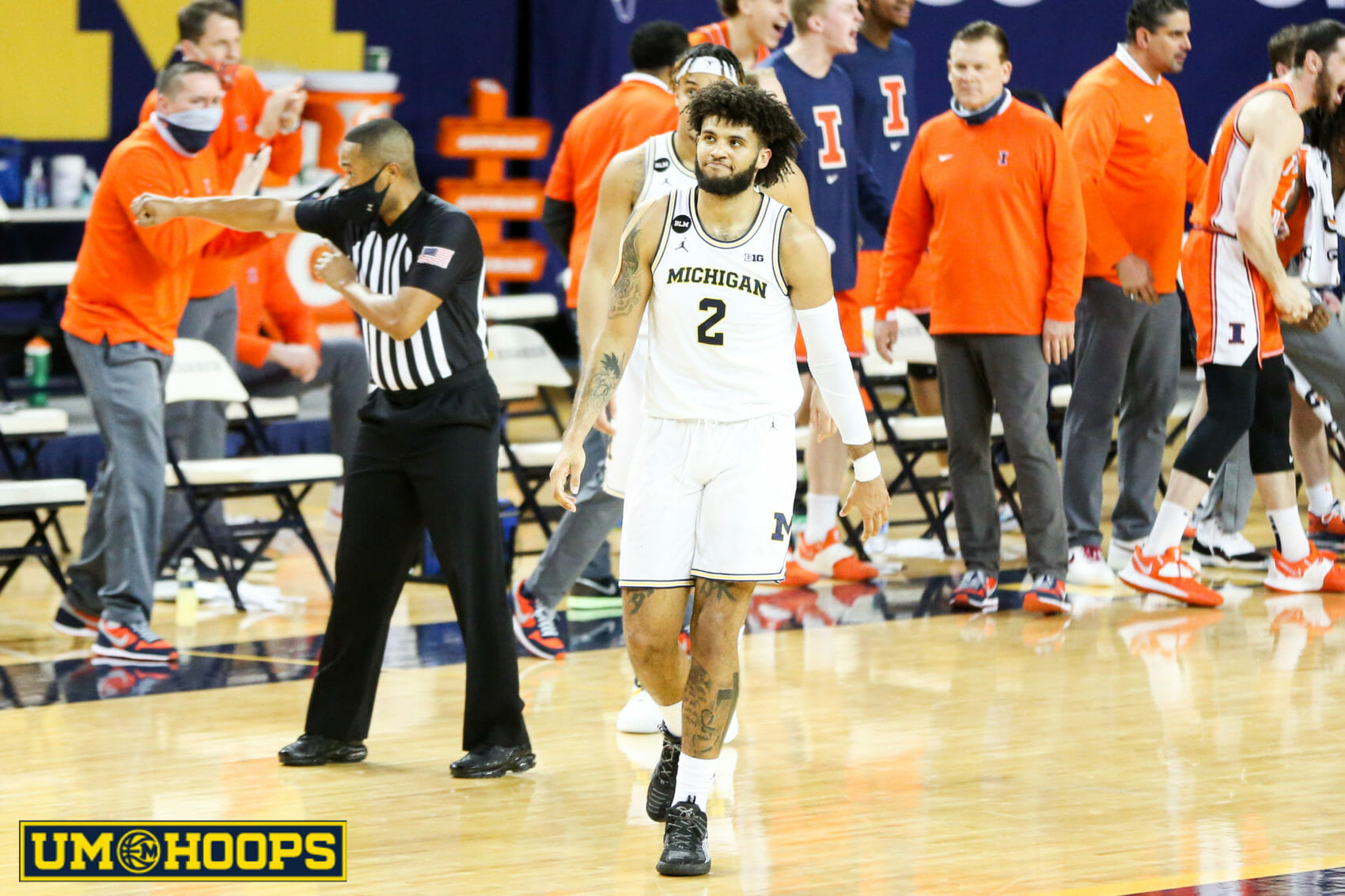 Michigan and Illinois have spent the season following a similar script to beat up on their opposition. They dominate the paint and wear teams down with a 7-footer around the rim.

Tuesday’s showdown at the top of the Big Ten was a battle of the bullies. A battle that Illinois won by emphatic knockout.

The discourse around this game is inevitably going to hinge on energy. We could all hear the Illinois bench yelling, so that must have been the difference in the game. Spoiler alert: teams yell when they make shots and get stops. Illinois played with energy and obviously had all of the motivation in the world entering tonight’s game. Michigan looked like a team ready to accept its trophy, Illinois took the floor like a team ready to burn the gym to the ground after being cheated.

The energy was great, but more importantly, Illinois had a fantastic gameplan and it executed that plan to perfection.

The question I get asked more than any other around this time in the season is “what matchup does Michigan want to avoid in the NCAA Tournament?”

Teams will start their postseason gameplan with this tape. Here’s an attempt to figure out what’s of real concern and what was a product of a bad night.