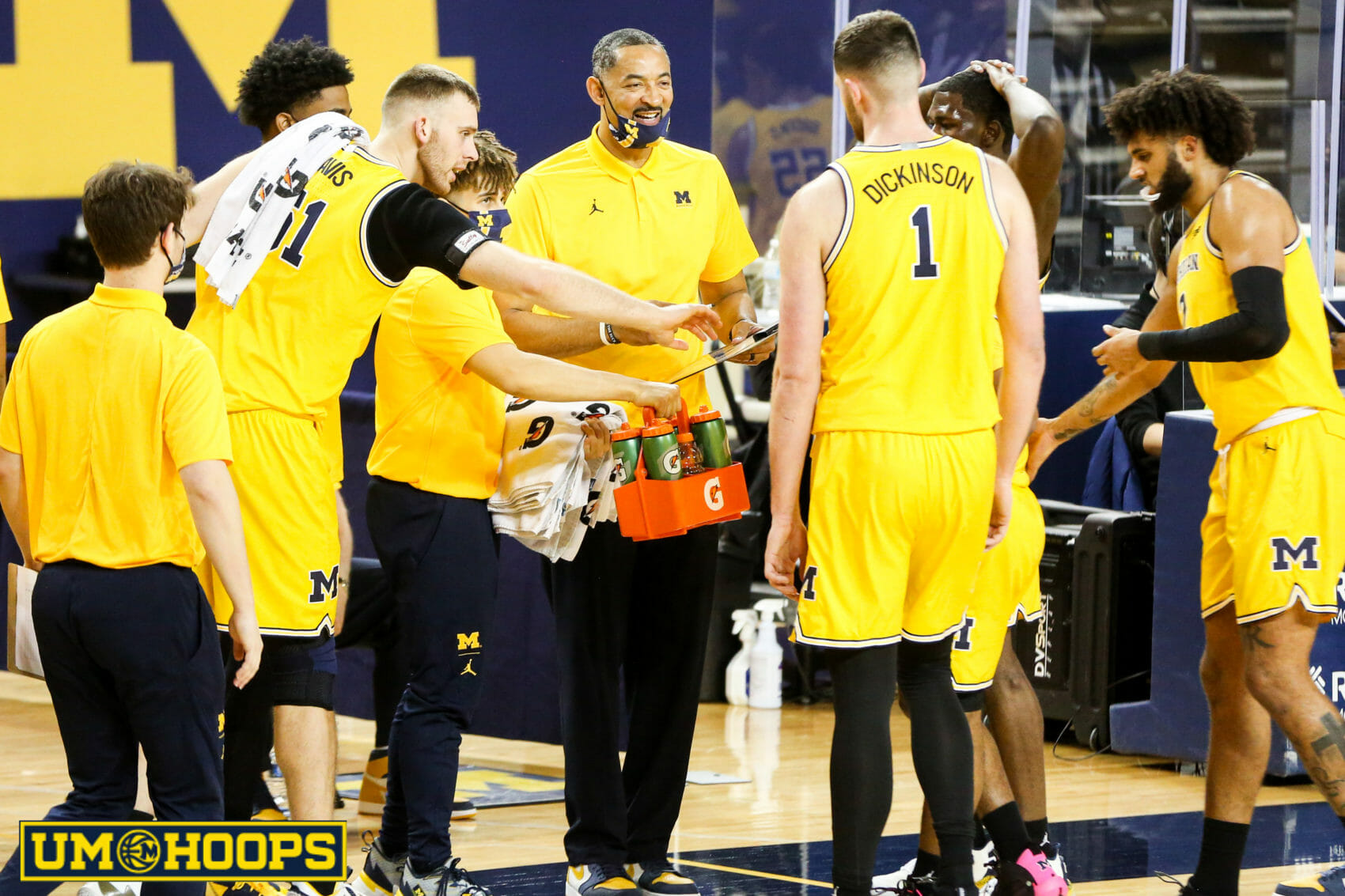 After each of Michigan’s three losses this season, the Wolverines have attributed their struggles to a lack of intensity. Most recently, the message came from Juwan Howard after Sunday’s 70-64 loss to Michigan State.

“I just know that basketball, you have to be ready to play from start to finish versus a team you won convincingly in your building,” Howard said. “And now you play in their building and a team like that, one of the things they pride themselves on is physicality. We were not as aggressive as they were.”

So this week, with four days off before Friday’s Big Ten Tournament quarterfinals, Howard has addressed that lack of aggression. According to Hunter Dickinson, Howard has taken this week to reinforce Michigan’s positive habits.