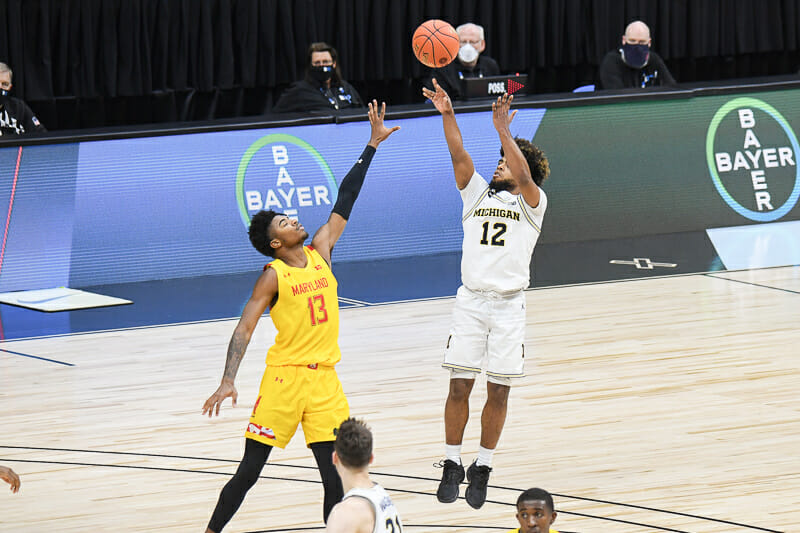 It took the Wolverines a while to adjust to the shooting backdrop at Lucas Oil Stadium, but eventually, they found their stroke. After a dreadful shooting start, Michigan got back on track and rolled to its third comfortable win over Maryland this season.

I referred to the game as a “3-point lottery” in the preview and shooting regression was the afternoon’s story. Maryland made five of its first nine 3-point attempts and Michigan made just 2 of its first 12. Maryland unsurprisingly had a double-digit lead early, and then the shooting flipped. The Terps missed 12 3-pointers in a row and Michigan made 8 of its final 10 attempts.

As the shooting turned, the game turned. Maryland’s early lead disappeared and Michigan pulled away in the second half.

Fireworks on the sidelines will draw all of the headlines after Juwan Howard was ejected during a timeout but Mike Smith played a near-perfect game at the lead guard spot. He finished with 18 points, 15 assists — a Big Ten Tournament record — and zero turnovers while being guarded primarily by Big Ten Defensive Player of the Year Darryl Morsell.