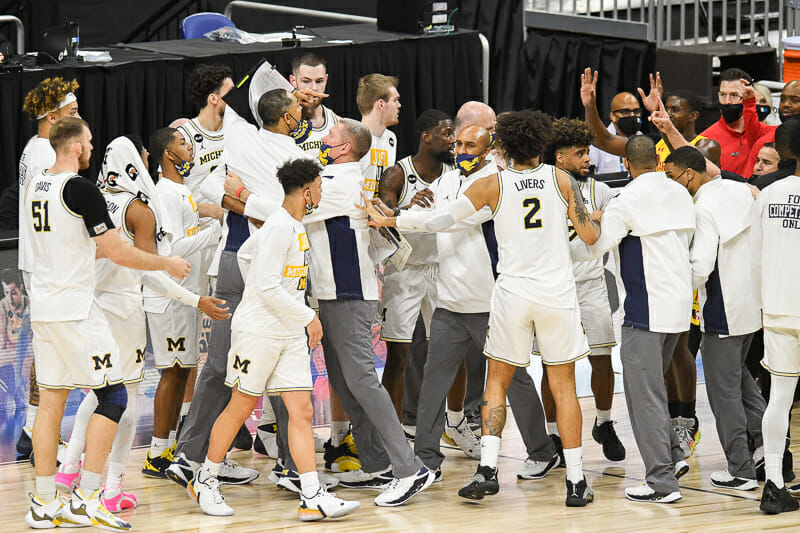 INDIANAPOLIS — It seemed to come out of nowhere.

During the under-12 media timeout of Friday’s game, everything seemed to be proceeding as normal. Then, Michigan and Maryland’s benches were in each other’s faces, Juwan Howard was being restrained by assistant coaches and walking up the tunnel.

In his second year as Michigan’s coach, Howard notched his first-ever ejection.

It came at a relatively innocuous point in the game — the Wolverines had just opened up a 10-point lead on Maryland in a game they went on to win, 79-66. Perhaps Mark Turgeon thought his team needed a spark after coughing up a first-half lead. Certainly, the Maryland coach felt Howard had it coming.

“Well, this has been going on for three games,” Turgeon said afterwards. “I’ve been doing this for 34 years. And I’ve called the conference office. I’ve called the commissioner (Kevin Warren) about what transpired in the first two games. And I said I wasn’t going to take it the third game.”