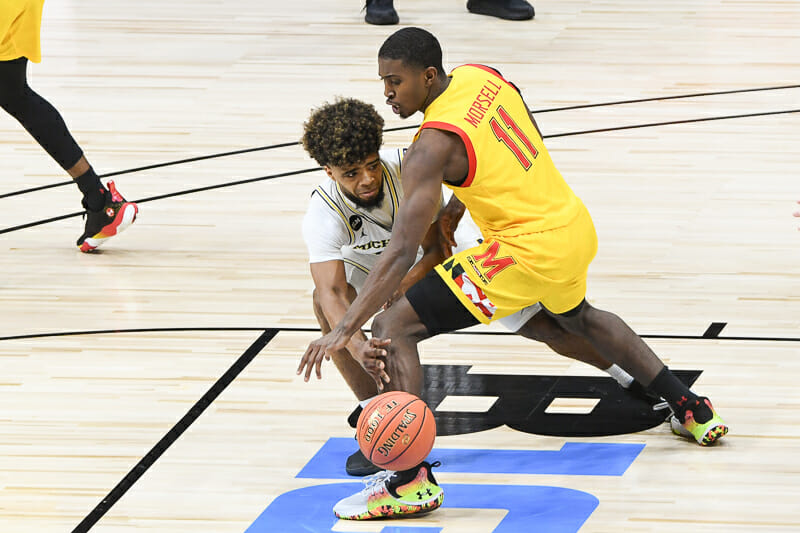 For the third time in four games, Michigan was in trouble. The scoreboard told the story: The Wolverines trailed, 36-27, with just over three minutes remaining in the first half. It wasn’t panic time quite yet, but in the context of a 1-2 finish to the regular season, a flat 17 minutes provided cause for concern.

Then Mike Smith froze in mid-air. Halfway into his shooting stroke, he changed course, finding Brandon Johns for an open layup. Three minutes later, Michigan had the lead, buoyed by three more assists and a pair of free throws from its vibrant point guard before halftime.

A half later, it was hard to imagine the game was ever close as the Wolverines beat Maryland, 79-66, to advance to the Big Ten Tournament semifinals for the fifth consecutive year. On the afternoon, Smith had 18 points and a tournament-record 15 assists.

This is who Smith is now, at the end of his transformation from pure scorer to do-everything offensive dynamo. In his first season at Michigan, Smith is averaging 12.5 fewer field goal attempts per game than he did a year ago at Columbia. That much is canon by now. But it’s often accompanied by a misconception — the idea that Smith shoots less because he can’t score at this level. That, standing 5-foot-11, he has transformed into a distributor because he can’t score over Big Ten defenders.

To dispel that notion, spend a few moments with Maryland guard Darryl Morsell.

“I think I went under one (screen) late,” Morsell said, still shaking his head over one possession in a 13-point loss. “I shouldn’t have done that. He hit it.”