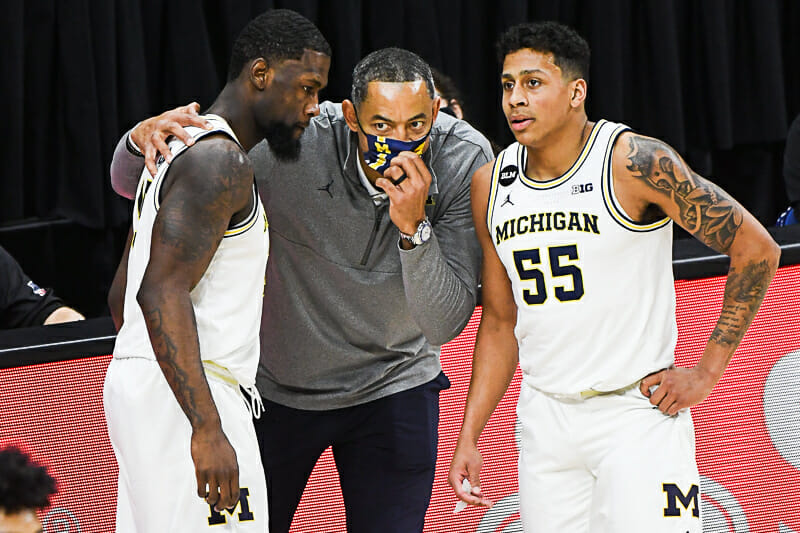 On a day defined by a season-altering press release, Michigan’s comeback effort came short. The Wolverines let the game slip away, only to battle all the way back and have a shot to win it at the horn.

Mike Smith’s shot missed, which means the Wolverines will head back to their hotel rooms and wait.

This one is a mulligan, next week counts.

Look up and down the bench, from coaches to players, and there would be a locker room filled with regret if Michigan lost in the NCAA Tournament like this.

Starters struggled to make shots, rotations felt (understandably) experimental, and Franz Wagner was left in the game with four fouls (apparently due to a miscommunication with the scorers’ table) only to foul out a few plays later. There was no issue with running a high ball screen on the final play of regulation, but Michigan ran 15 seconds off the clock — while trailing — at Juwan Howard’s direction. That’s the right play in a tie game. It is the wrong play when you are losing.

Those are the kind of mistakes that haunt you for at least an offseason if they happen in the NCAA Tournament.