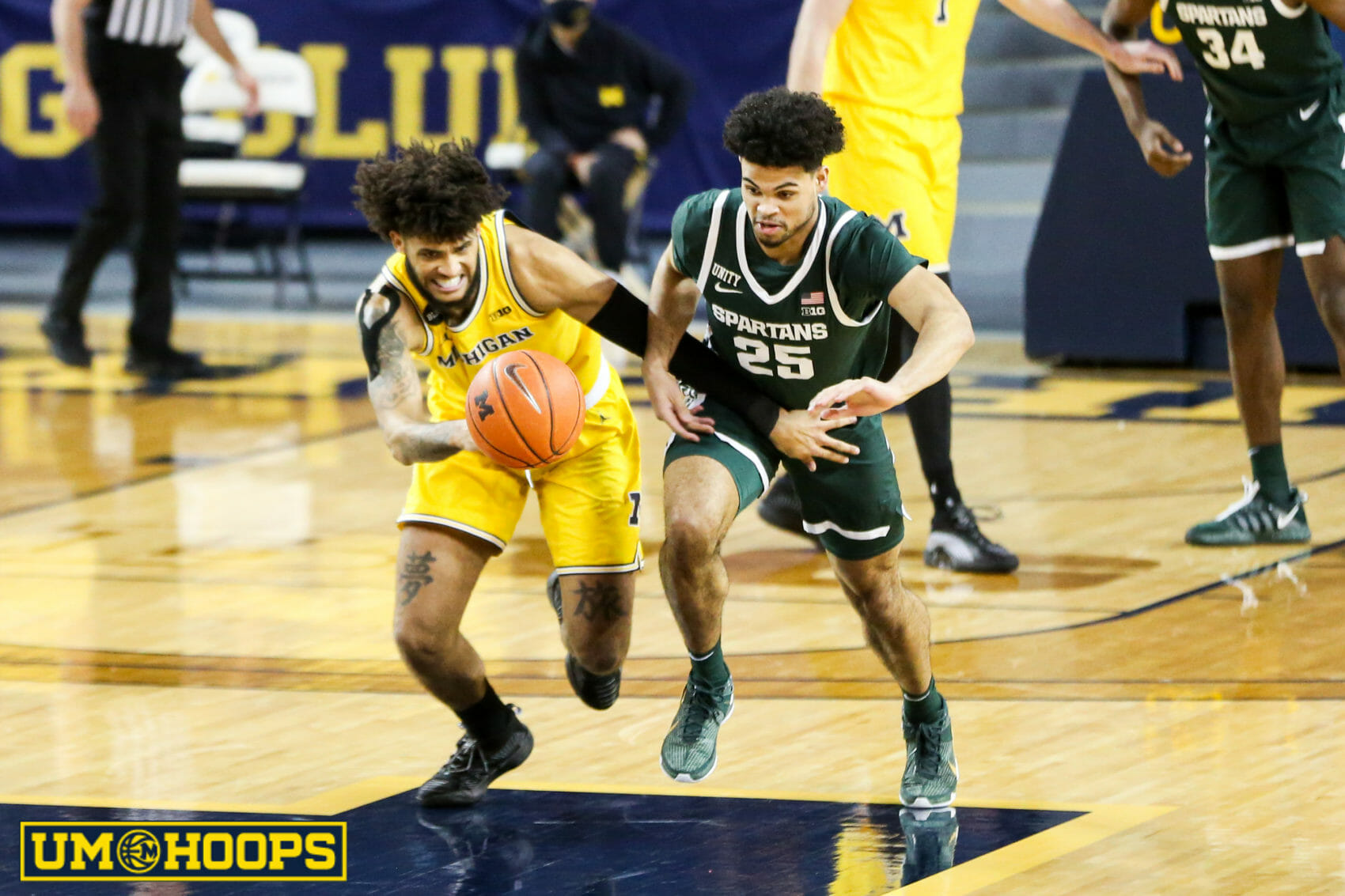 Isaiah Livers injured his foot against Maryland and will be out indefinitely after an MRI revealed a stress injury in his right foot. He will “will wear a protective boot while he immediately begins rehabbing.”

An All-Big Ten second team selection, Livers helped the Wolverines win the 2021 Big Ten regular-season title and earn the No. 1 seed at the Big Ten Tournament. He is averaging 13.1 points, a career-best 6.0 rebounds and 2.0 assists while knocking down a team-best 50 three-pointers.

A tri-captain, Livers has played in 118 career games and is 13 points away from reaching 1,000 in his career. During his four-year career, he has helped U-M compile a 102-30 record that includes winning the 2018 Big Ten Tournament and reaching the 2018 Final Four and national title game.