Michigan will open the NCAA tournament against Mount St. Mary’s or Texas Southern on Saturday at 3:00 p.m. (eastern). The game will be at Mackey Arena and will be televised on CBS.

The Wolverines are the No. 1 seed in the East regional and would face either No. 8 LSU or No. 9 St Bonaventure on Monday if they advance to the round of 32. Round of 32 time, television and location information is expected later. Teams are not guaranteed to play their first and second round games at the same venue.

All NCAA tournament broadcast will be available over the internet at NCAA.com. There are also apps available on the Apple, Android, Amazon Fire, Windows 10 and Roku platforms.

The East regional will all be played in the Indianapolis area, along with the rest of the 2021 NCAA Tournament. 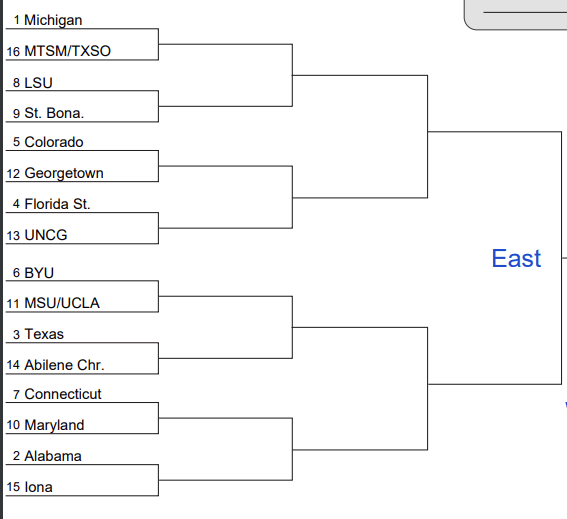