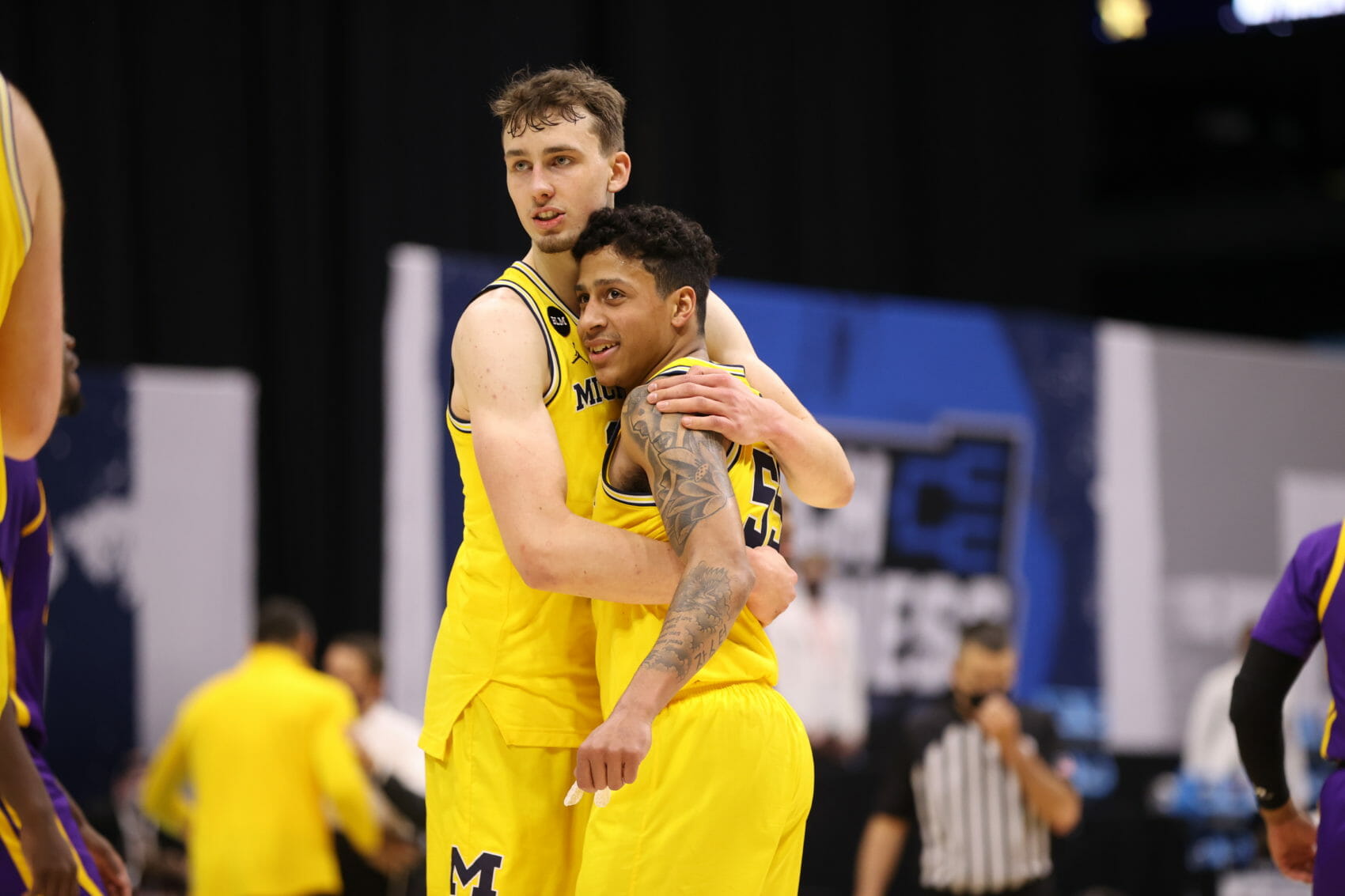 Eli Brooks and the making of confidence

INDIANAPOLIS — There was a time in Eli Brooks’ career when confident was the furthest descriptor from anybody’s mind. That time, to be precise, lasted the better part of two years. In Brooks’ freshman and sophomore seasons, he never scored in double figures. His playing time vacillated between 25 minutes and two minutes, his defensive intensity getting him on the floor and his offensive timidness taking him off it.

“When you’re going in and out of the lineup, that confidence, it ebbs and flows at various times,” Luke Yaklich, the former Michigan assistant coach, said over the phone Tuesday.

Certainly, that was the defining feature of Brooks’ early college career — the 2000-point high school scorer who suddenly developed a skittish phobia of shot taking.

But there Brooks was Monday night in Indianapolis, leading Michigan in scoring with 21 points to rescue its season from the brink in a 86-78 win over LSU. In the first half, he dug the Wolverines out of an early eight-point hole, sending defenders flying with pump fakes and burying a trio of 3-pointers. The second half was more subdued, shrouded by Chaundee Brown’s 14 points.

Brooks, though, was the cog that made it all possible. When Juwan Howard needed to combat LSU’s length at one point midway through the half, he sent 5-foot-11 point guard Mike Smith to the bench and moved Brooks to point guard. In those three minutes, the offense shifted form — away from Smith’s high-ball screen game into a downhill style that better suits Brooks.

Eli Brooks and the making of confidence