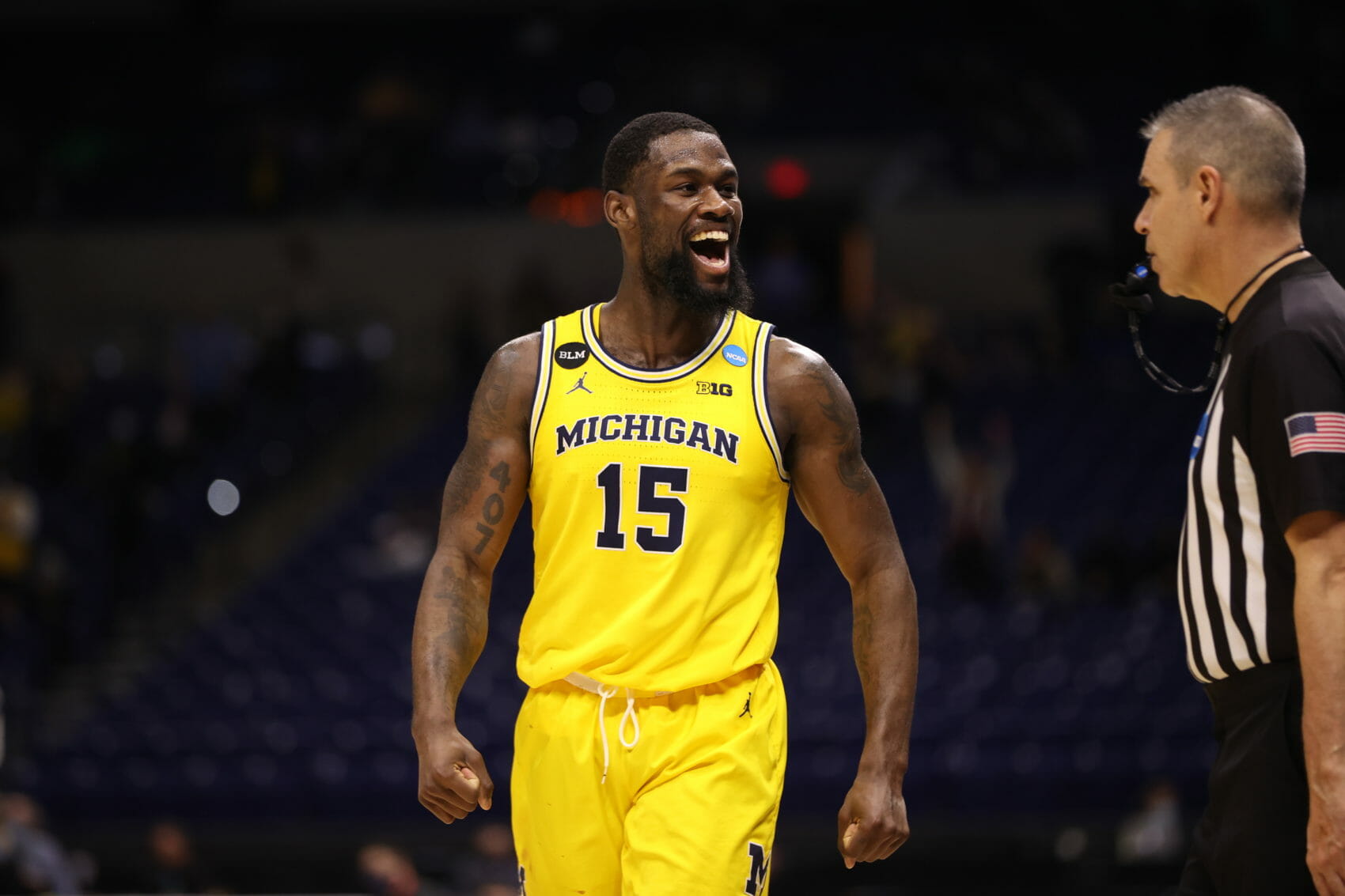 In the biggest game of his life, Chaundee Brown’s bet pays off

In one of the biggest moments of the biggest game of his life, Chaundee Brown stepped out of bounds. Driving the baseline midway through the second half with Michigan needing a bucket, needing some momentum, Brown let his foot hit the green paint on the wrong side of the baseline.

Mistakes like that, in moments like those, have a way of spiraling. In another world, maybe this one would have. Instead, the officiating crew — Pat Driscoll, Jeffrey Anderson and Rob Riley — didn’t see it. Instead, they saw Brown get fouled when no one else did. Instead, they sent him to the free-throw line.

And, being the sort of person who runs with opportunities, Chaundee Brown made both free throws. Minutes later, when LSU’s Javonte Smart left him all alone in the corner, Brown saw another opportunity. His 3-pointer found nylon. Michigan, after spending 30 minutes on the ropes, wouldn’t trail the rest of the way to the Sweet Sixteen.

“We don’t wanna go back to the hotel regretting I shoulda did this, I coulda did this,” Brown said. “Empty the tank. We have an off-day tomorrow, go all out. I feel like that really sticks to all of us.”

That mantra — empty the tank — comes from Juwan Howard. Brown, if he never records another win in a Michigan uniform, can say he lived it. When the clock hit zeroes, he led the team with 21 points on 6-of-9 shooting in his second-ever NCAA Tournament game, having pulled Michigan back from the cliff’s edge in an 86-78 win.

In the biggest game of his life, Chaundee Brown’s bet pays off