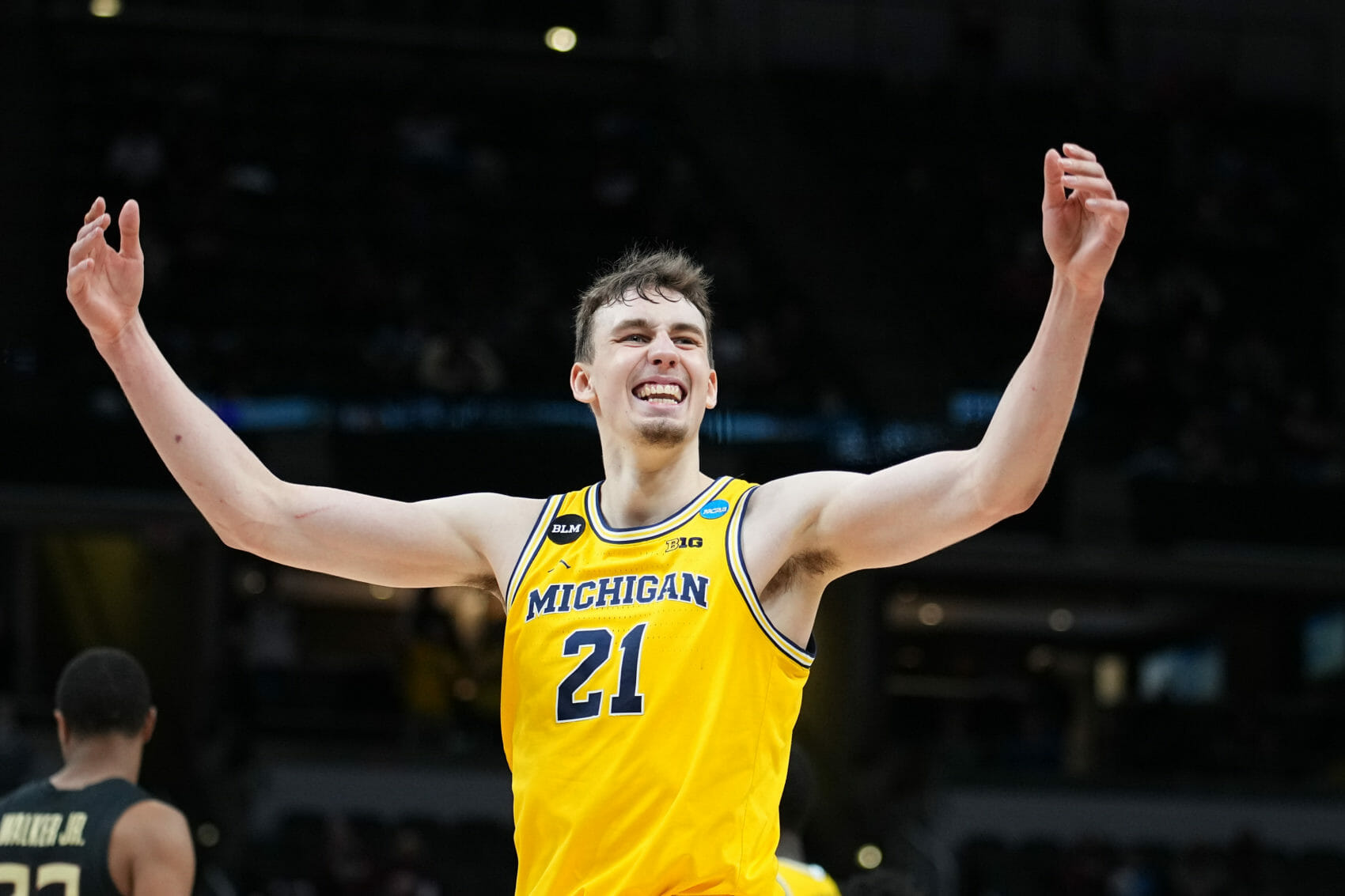 This is Franz Wagner’s moment

Franz Wagner spun clockwise, stretched his arms wide and raised them as high as they would go.

Those arms — which he used to prompt a few thousand Michigan fans to their feet inside Bankers Life Fieldhouse on Sunday night — are Wagner’s future. At 6-foot-9 with a prodigious wingspan, he’ll be a lottery pick three months from now. Packages that combine Wagner’s size and skill don’t come around too often.

All of that, though, can wait. Wagner, for the time being, isn’t concerned about such things. Because Sunday night, when he helped lead Michigan to the Elite Eight for the fourth time this decade, was his moment.

This is why Wagner is here, why he’s playing basketball for free this season when he could be making millions of dollars.

“I don’t think he felt like he’s accomplished what he wanted to accomplish,” Moe Wagner said by phone earlier this month. “He didn’t go to the NCAA Tournament (last year). They canceled all that. So I think that was something for him.”

This is Franz Wagner’s moment