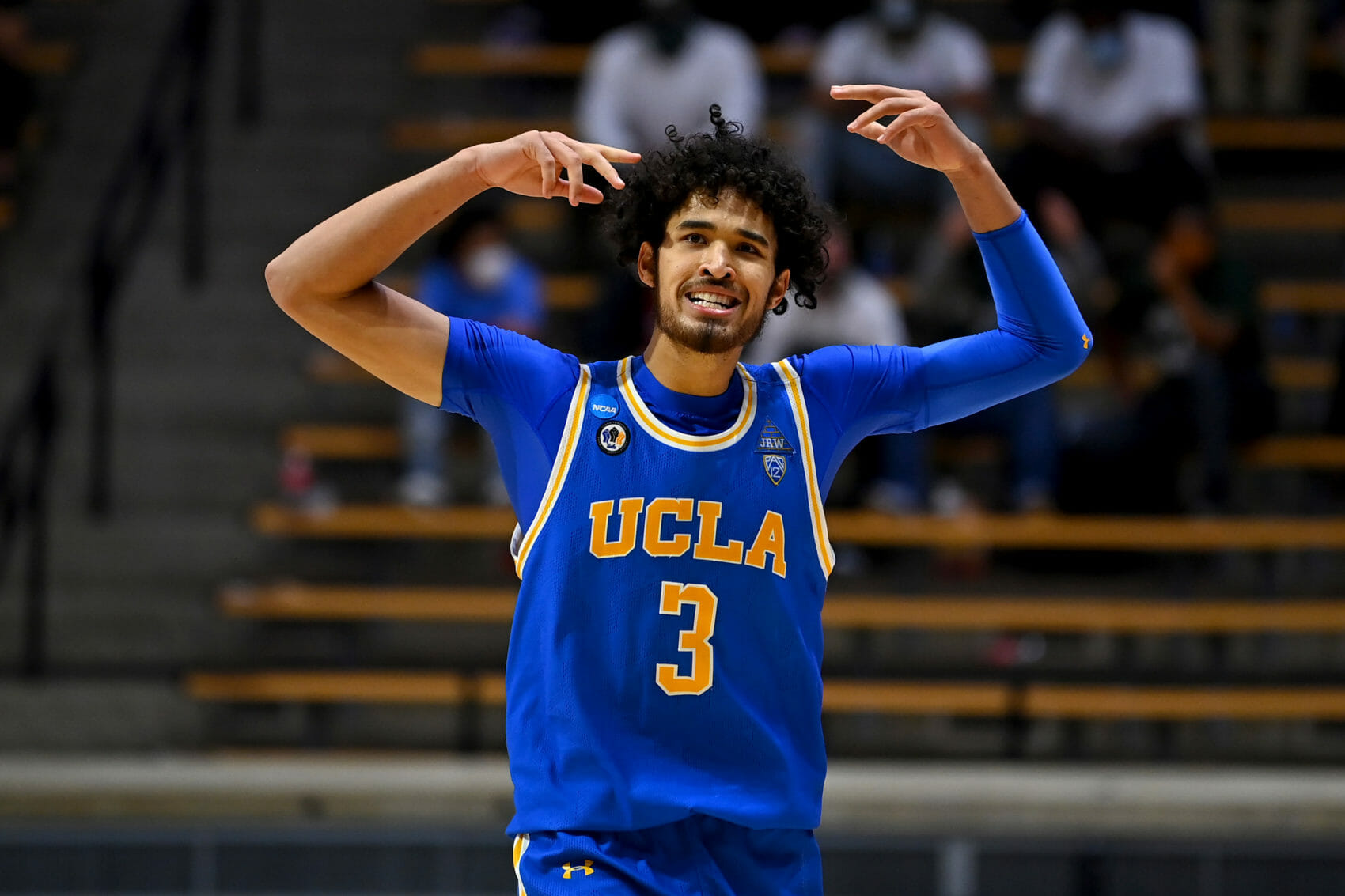 Michigan is forty minutes from the Final Four with No. 11 seed UCLA sitting as the last obstacle in its path (9:57 p.m., TBS).

The Bruins have been touted as one of the hottest teams in the field but in reality, they are one of the grittiest. They’ve advanced this far not because they’ve found another level but because they’ve figured out ways to win late in games. That trend started against Michigan State in the First Four, a game where UCLA’s win probability hit 9% in the final two minutes before an 11-1 run from the end of regulation into overtime. It continued with an overtime win over Alabama in the Sweet 16.

The Pac 12’s impressive run through the NCAA Tournament makes it hard to evaluate teams in the league — especially this Bruin team.  They lost two key players in the middle of the season — Chris Smith and Jalen Hill — but were still 17-5 (13-3 P12) near the end of February. A four-game losing streak — all against teams in the NCAA Tournament — took some of the shine off of an otherwise solid season.

UCLA ended up in the First Four, ranked in the mid-40s on KenPom only to climb all the way up to 16th over the last two weeks. The Bruins only beat two NCAA Tournament teams in the regular season (Colorado on Jan. 2, Oregon State on Jan. 30) but they’ve made the most of their opportunity.