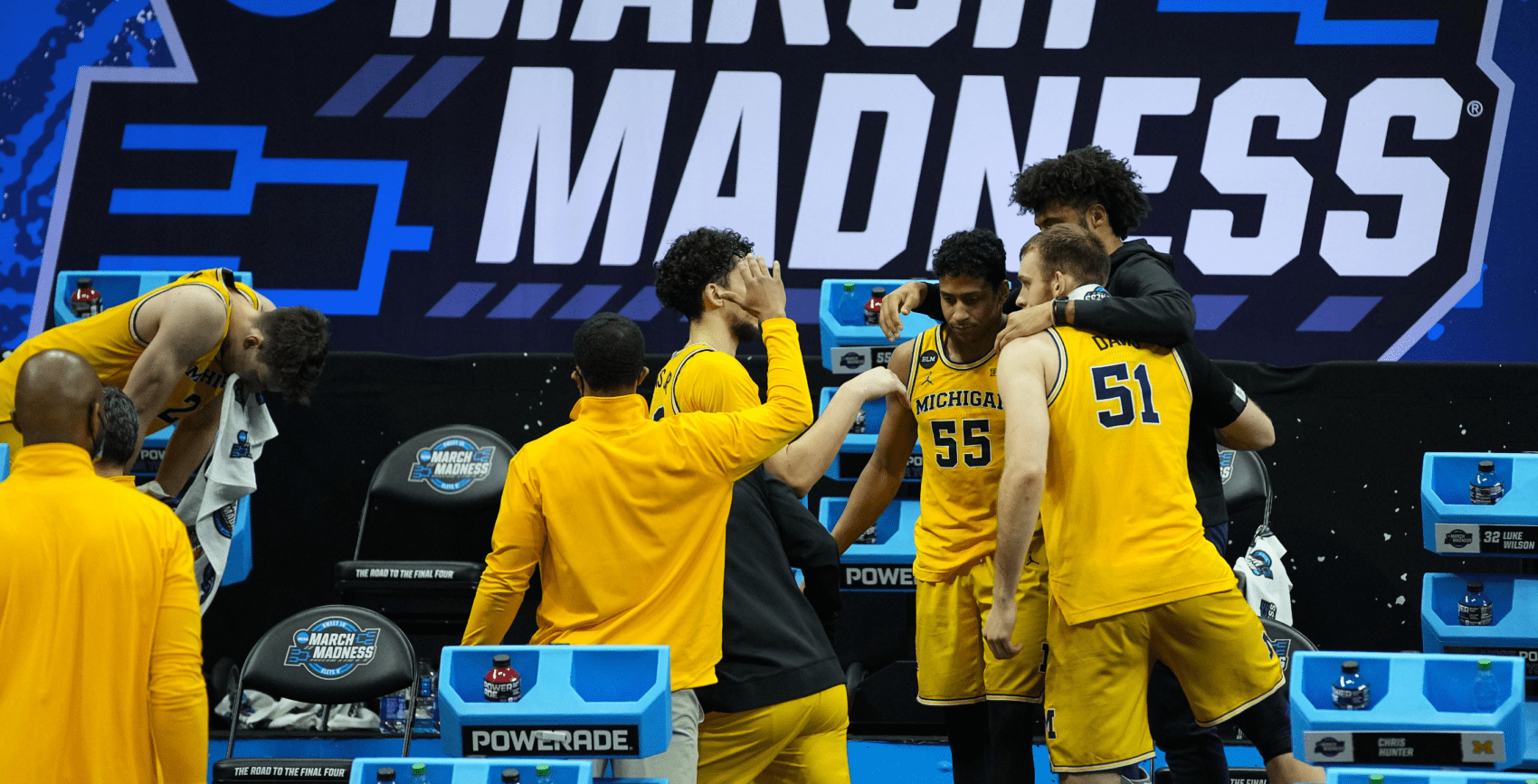 Two minutes, 26 seconds stood on the clock and Michigan, for all its struggles in the first 37 minutes Tuesday night, had a chance.

Trailing 48-47, Juwan Howard brought out his starting five, only with Chaundee Brown in place of Brandon Johns. Johns was 4-for-5 from the field on the night, but the message was clear: Michigan needed its shooters on the floor.

And yet, the Wolverines wouldn’t hit another field goal all night. Their next chance to do so will come in November. A dream season, one that carried Michigan to a No. 2 national ranking and a No. 1 seed in the NCAA Tournament, ended in a 51-49 loss to No. 11 seed UCLA, the Wolverines’ lowest scoring effort of the season.

“When you don’t make shots, it makes things a little more difficult,” Eli Brooks said after the game. Brooks’ answer, delivered deadpan as he stared into a Zoom camera beneath Lucas Oil Stadium, could be seen, on its face, as dismissive. Here is a senior, in the moments after what was likely be the last game of his college career, being asked to answer seven consecutive questions about what went wrong. The idea that Michigan’s struggles went deeper and Brooks just didn’t feel like talking about is an easy one to buy into.

But on Tuesday night, Brooks didn’t need a longer explanation. Over the last two minutes, the Wolverines got the looks they wanted. The problem, quite simply, is that they didn’t go in.