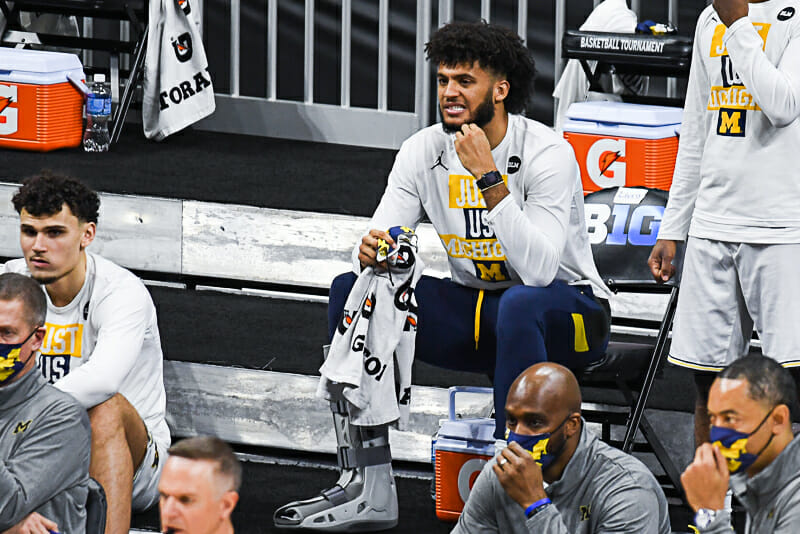 Isaiah Livers underwent successful surgery today on his right foot after being diagnosed with a stress injury over the last month. According to the U-M release, Livers is facing a recovery time period of “a minimum of six months”.

Following diagnostic imaging after the Wolverines’ Big Ten Tournament quarterfinal game against Maryland (March 13), a right foot stress injury was diagnosed. Livers has worn a protective boot and was maintaining rehab. After consultation with family and medical professionals, Livers elected to have surgery.

An All-Big Ten Conference second team selection in 2021, Livers helped the Wolverines win the 2021 Big Ten championship and earn the No. 1 seed at the Big Ten Tournament as well as the NCAA Tournament (East Region). In his final season, he averaged 13.1 points with 16 double-figure games including five 20+ point games. He averaged a career-best 6.0 rebounds and 2.0 assists while knocking down a team-best 50 three-pointers.