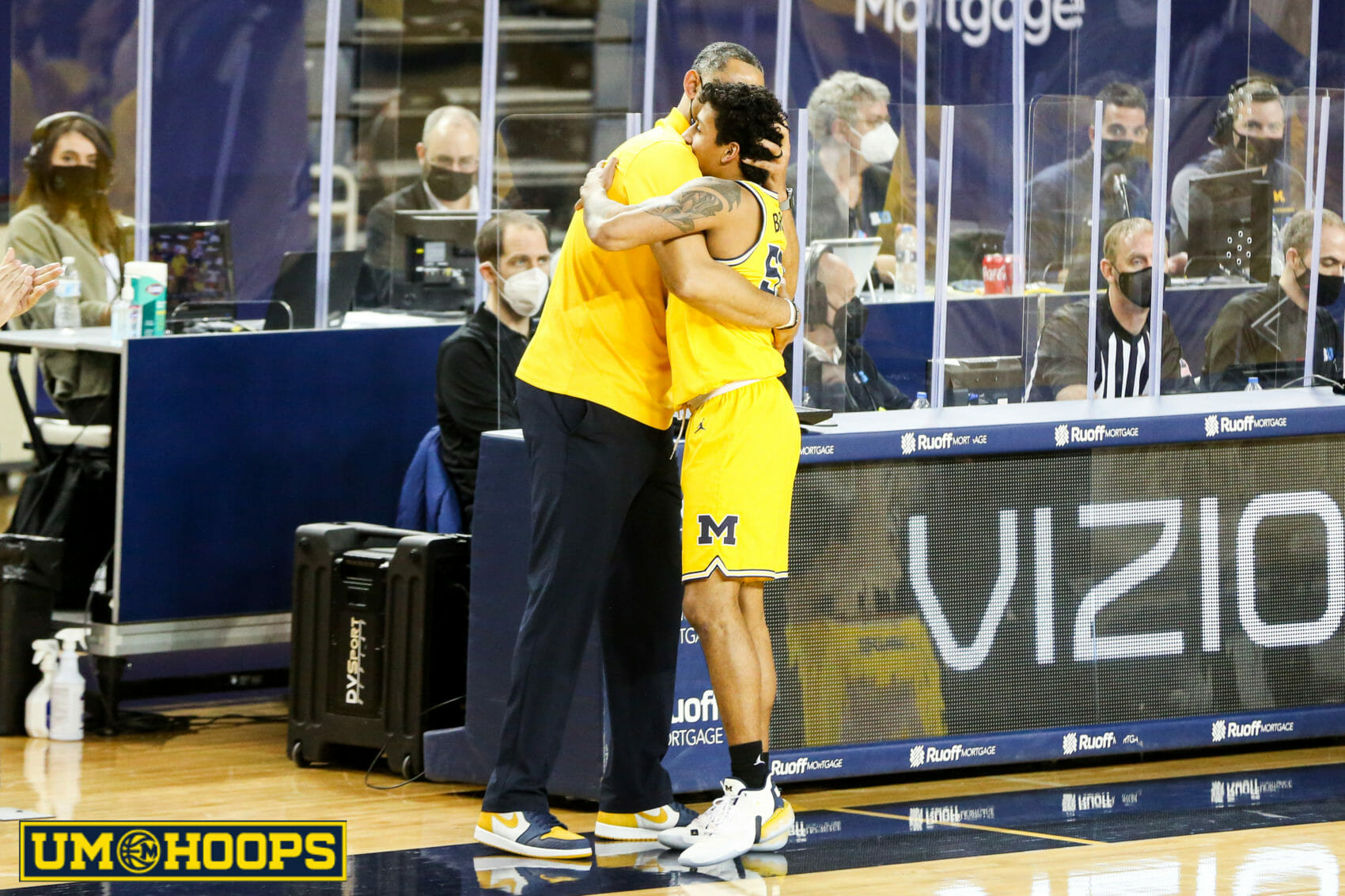 Michigan guard Eli Brooks is coming back for one more season. The 6-foot-1 combo guard announced his intentions to return to Ann Arbor today.

Simply put …
A CAPTAIN IS BACK!

The NCAA is allowing players an extra year of eligibility due to the impact of the coronavirus on the 2020-21 season. Brooks’ return doesn’t impact Michigan’s scholarship count for next season. Fellow seniors Chaundee Brown and Mike Smith announced their intentions to pursue professional opportunities while Isaiah Livers and Austin Davis haven’t made formal announcements but are expected to move on.

The Wolverines are also waiting on NBA Draft decisions from Franz Wagner, who is projected as a lottery pick, and Hunter Dickinson.