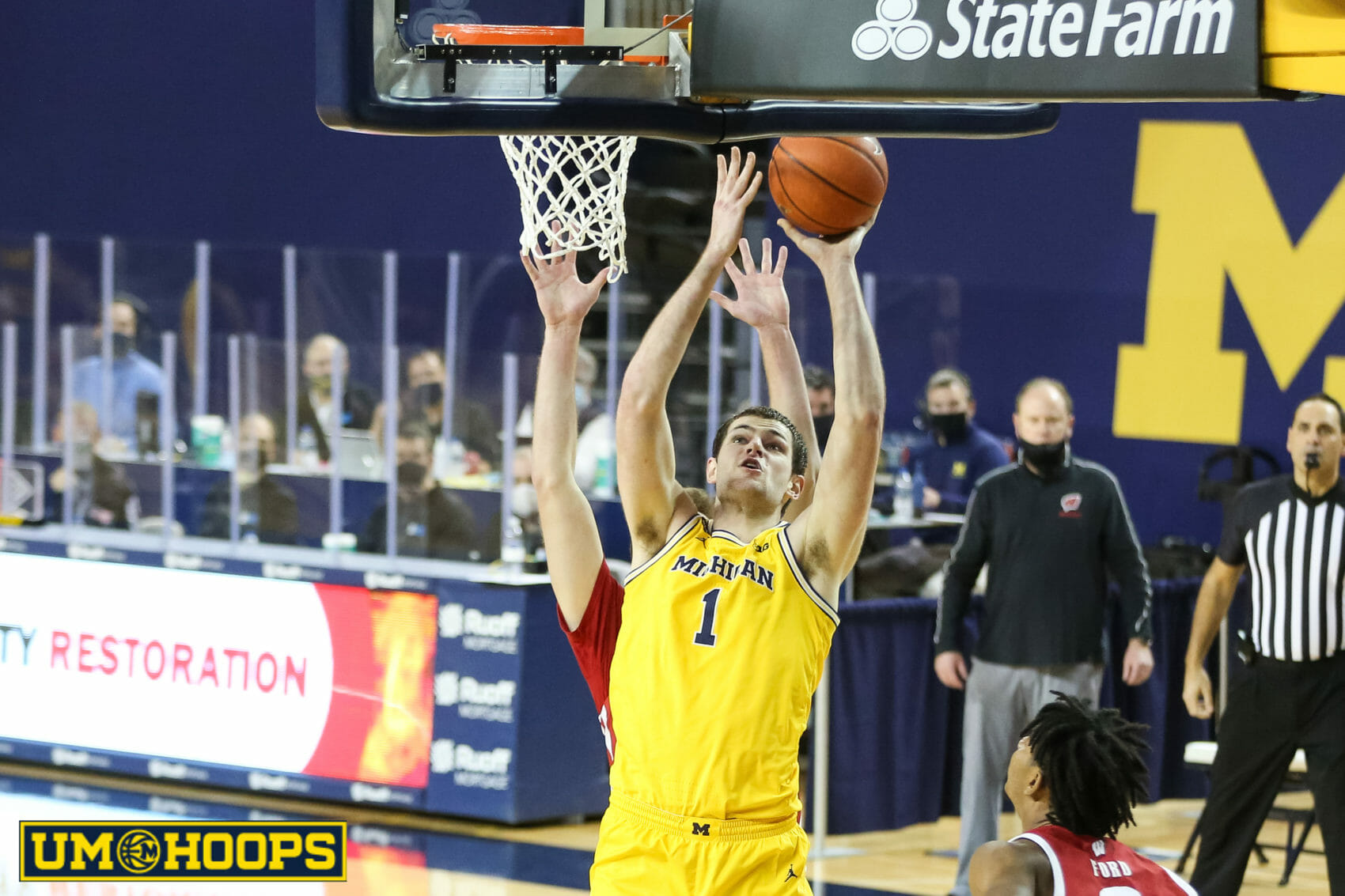 Michigan big man Hunter Dickinson announced today that he’s withdrawing from the NBA Draft and will return to Michigan for his sophomore season.

Dickinson averaged 14.1 points, 7.4 rebounds and 1.4 blocks per game as a freshman. He was named Big Ten Freshman of the Year, First Team All-Big Ten and Second Team All-American. He should be one of the most productive players returning in college basketball and an early frontrunner for Big Ten Player of the Year honors.

Dickinson declared for the draft in late May and was invited to the NBA’s G-League Elite Camp but didn’t receive an invite from that event to the NBA Draft Combine.