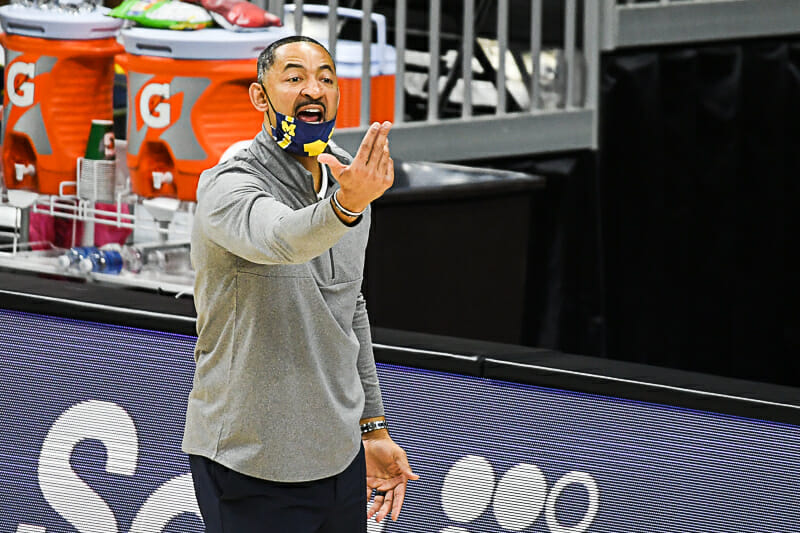 Michigan is set to play in the Jumpman Invitational in Charlotte, NC beginning in 2022.

The event is a three-year doubleheader that will feature the first four Jordan Brand football schools: Michigan, North Carolina, Oklahoma and Florida. The men’s and women’s programs from each school will play at the same venue and the event begins December 20-21, 2022.

All games will be played at the Spectrum Center and ESPN networks will air the games. More information is available at jumpmaninvitational.com.

According to The Athletic, there’s expected to be a heavy emphasis on branding and marketing as part of the multi-year event:

Take name, image, and likeness (NIL) as a test case. With the resources Jordan Brand possesses, an event such as this presents an opportunity for up-and-coming men’s and women’s basketball stars to learn more about their own financial viability. “Jordan Brand,” Whitfield adds, “brings instant credibility anywhere it goes.” Potential seminars with branding experts, not to mention a ready-made stable of sponsors, adds another major benefit to the players from participating schools. And if Michael Jordan wants to get directly involved, speak to those eight teams face-to-face about capitalizing on their position? Well, that may be worth more to these kids than the result of any one basketball game.

This is yet another scheduling wrinkle from Juwan Howard. The Wolverines are expected to play a loaded non-conference schedule in 2021-22 that should take them to North Carolina, Las Vegas, Oregon, Orlando and Washington DC. Howard also agreed to a three-year series with Kentucky that begins this season and includes a game in London in December 2022.