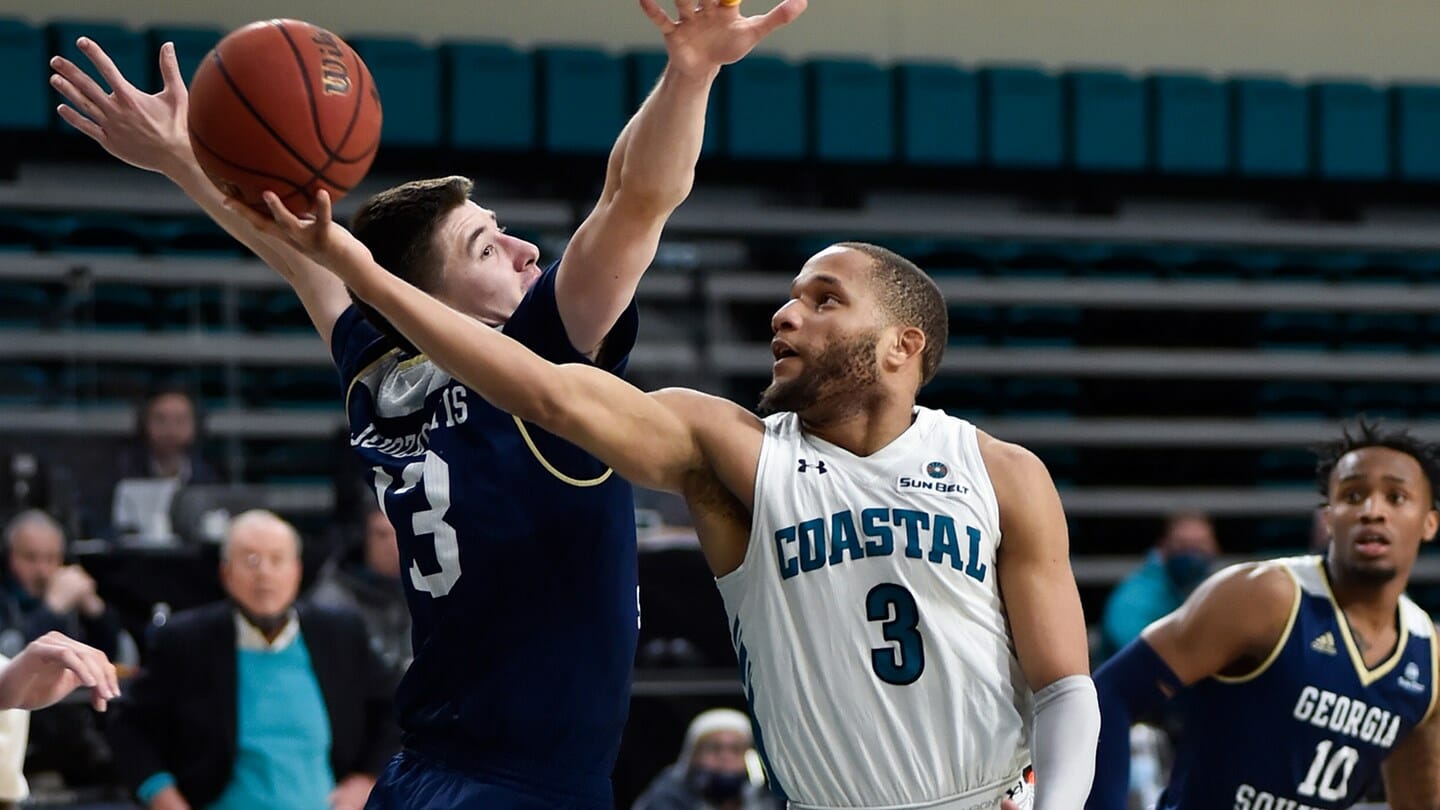 Upon entering the transfer portal in April, DeVante’ Jones found himself in unfamiliar territory.

After being lightly recruited out of high school, Jones spent four more years away from the limelight at Coastal Carolina, a mid-tier program in the Sun Belt. For three seasons as a Chanticleer, Jones showed other teams what they missed out on, becoming one of the conference’s top players. Last season, after averaging 19.2 points and 7.2 rebounds per game, Jones earned Sun Belt Player of the Year honors.

By the time Jones revealed his intentions to transfer, his days of anonymity had passed. Within five minutes of entering the portal, Jones estimates that he had already received 20 phone calls from college coaches.

“I had to put my phone on do not disturb a lot of times, just having everybody go through my parents,” Jones said Friday on a Zoom call. “But it was also an amazing experience knowing that all those high-level coaches were interested in me, they loved my game. So it made me feel good about how far I’ve come and how far I got to go.”