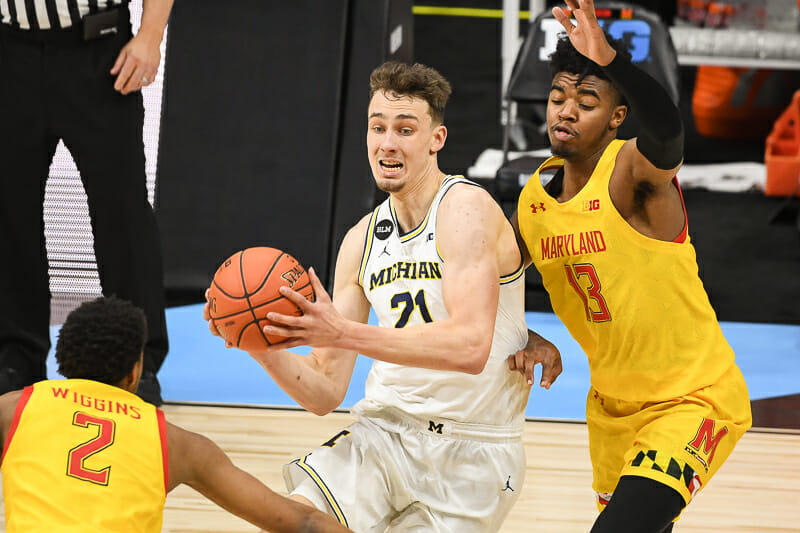 The Orlando Magic selected Michigan sophomore wing Franz Wagner with the No. 8 pick in the 2021 NBA Draft this evening.

Wagner is the first Wolverine to play for Juwan Howard to be selected in the NBA Draft. He’s Michigan’s first lottery pick since Nik Stauskas.

Wagner averaged 12.5 points, 6.5 rebounds and three assists per game as a sophomore and helped guide Michigan to the Elite Eight. He’s known as one of the most versatile wings in the 2021 NBA Draft and best defenders in the class.

Isaiah Livers heard his name in the second round, picked at No. 42 overall. Livers’ draft stock slipped due to a stress injury in his right foot that ended his season prematurely but he still worked his way into the middle of the second round.

Livers averaged 13.1 points, six rebounds and two assists per game as a senior at Michigan.