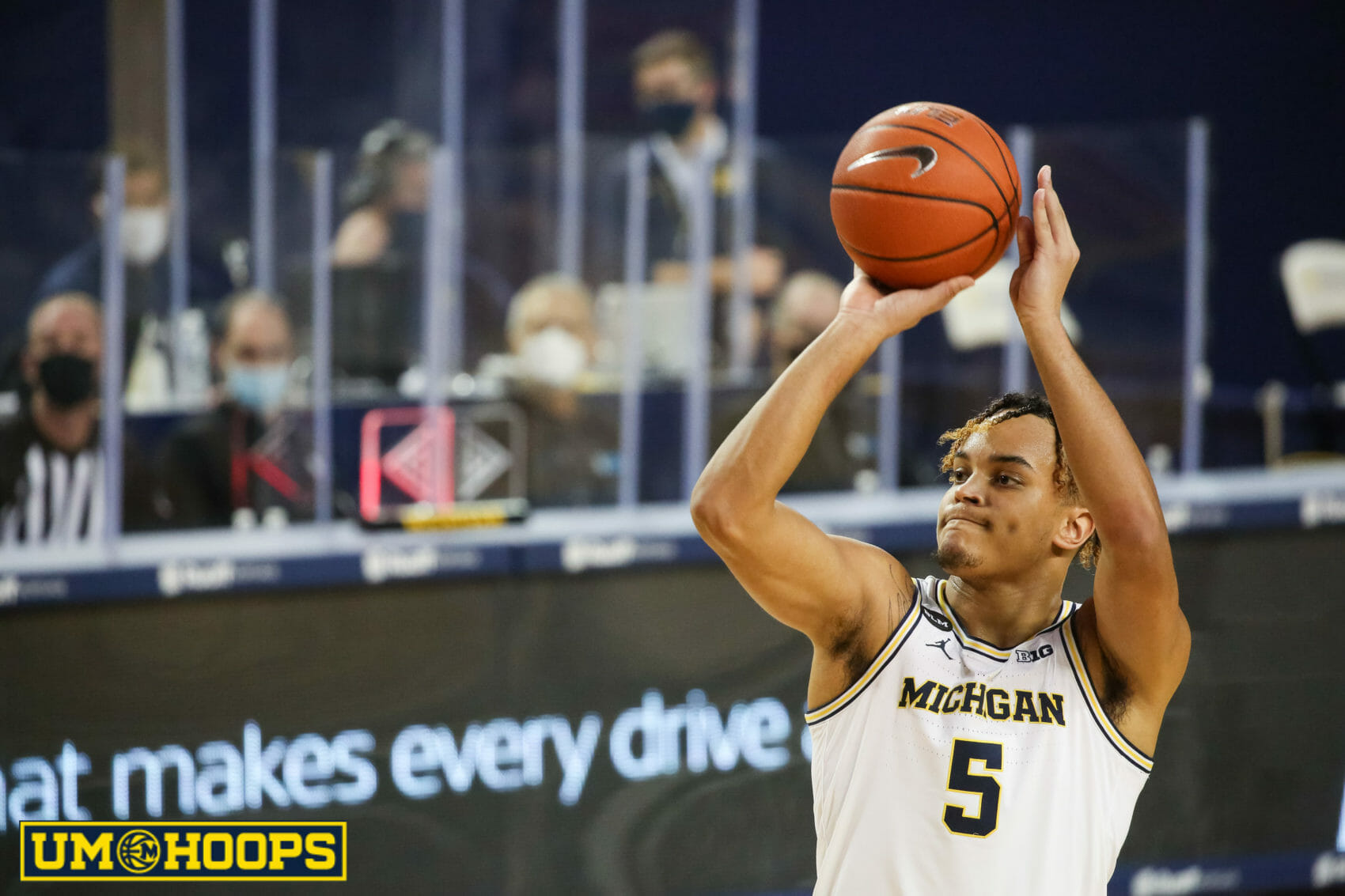 If there’s a forgotten man on Michigan’s roster, a case can be made that it’s Terrance Williams.

As a freshman, Williams struggled to crack the rotation with any sort of consistency. He played double-digit minutes just six times, with three of those instances occurring in the Wolverines’ first four games. More often than not, it seemed as if Juwan Howard would simply summon Williams into the game on a whim.

Now, ahead of his sophomore campaign, Williams is overshadowed by a much-ballyhooed freshman class. It’s an inherently awkward situation for a former 4-star recruit to be in.

And yet if Hunter Dickinson is to be believed, Williams is poised to be an integral part of Michigan’s rotation this season.

“This is the best I’ve seen T-Will in his career,” Dickinson said on Friday during Michigan’s Media Day. “… You know what you’re gonna get out of him and he’s not gonna mess up too much. Him and Eli (Brooks) are similar in that way. For us, I think he’ll be able to help us out a lot this year because of his versatility.”