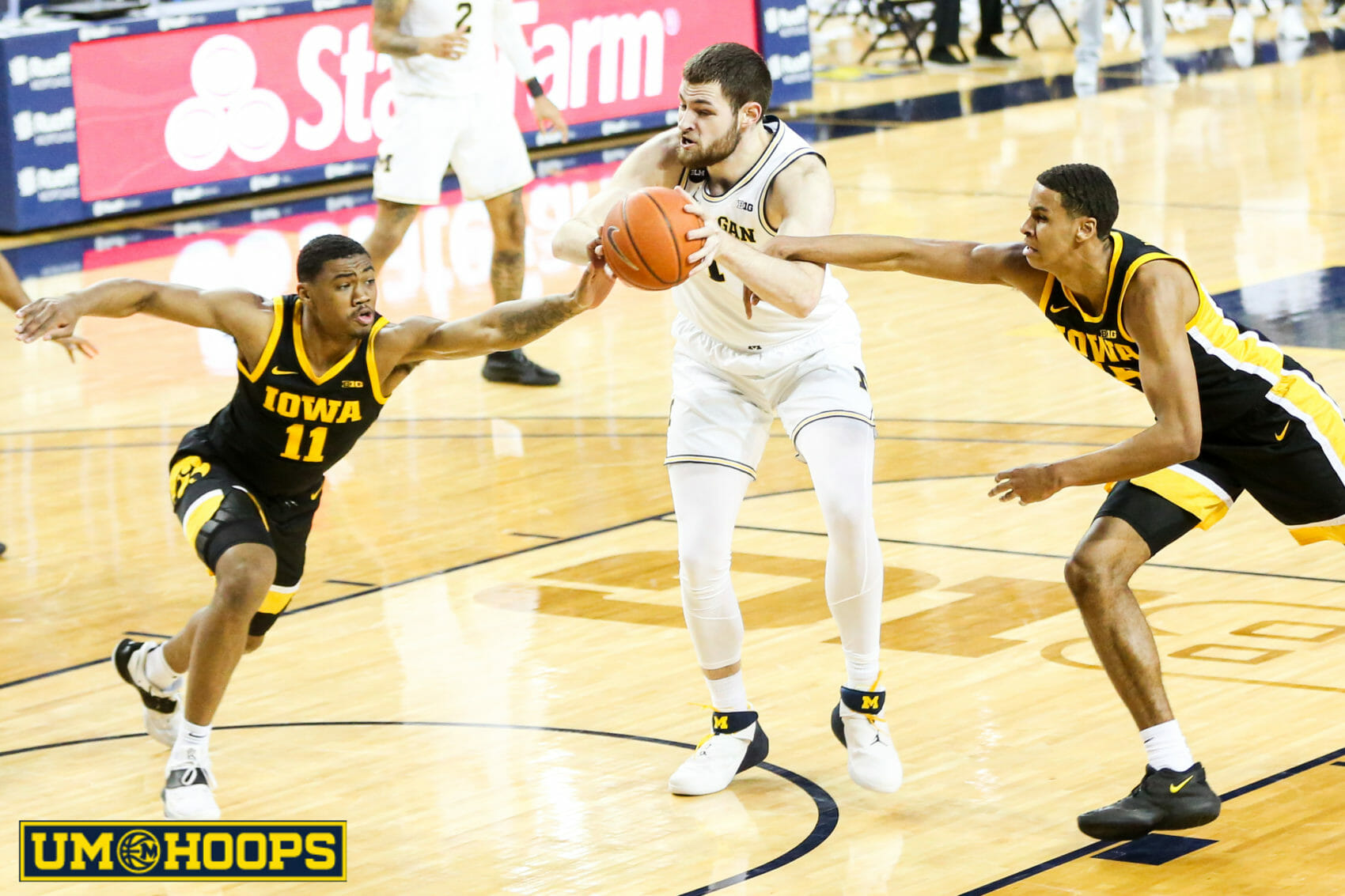 Juwan Howard and players met with the media to preview Michigan’s Friday evening exhibition game at Wayne State (7 p.m., stream) and shared their thoughts on preseason camp, last weekend’s scrimmage at DePaul, and where the team stands heading into the season. It was only the second time that Howard and his players have met with the media during the preseason with Wednesday’s season-opener against Buffalo less than a week away.

The Wolverines were pleased with their performance against DePaul and welcomed a chance to play against players wearing different uniforms after a physical preseason camp. Michigan led by double-digits early but allowed a bit of a comeback in the second half — which featured zone defense by both teams — when teams played their reserves for more minutes.

Howard, Dickinson and Jones were all encouraged by the result.

Jones was also impressed with the ball movement and noted that the ball didn’t stick on the perimeter.

“What stood out was the chemistry, especially with the starting unit,” Jones said. “I thought we came out great with a lot of defensive intensity, the offense was smooth. You know usually, you get out there with a (new) group of guys and the ball gets stagnant, everybody wants to take a lot of dribbles, everybody wants to keep the ball in their hands to make plays but it was so smooth.”

Dickinson was pleased with Michigan’s first-half effort but disappointed the Wolverines allowed DePaul to mount a comeback.

“In the first half we were up 17 at halftime and the team was really clicking on all cylinders. I think we were really sharing the ball and just really executing offensively then also getting stops defensively.

“Something we probably need to clean up is just not having a dip with the second unit. When we made the subs at halftime, they kind of came back on us a little bit in the second half. So keeping that energy up, that starts with the people who are getting subbed out, we need to make sure that we keep the people on the court energized and pumped up for their play.”

Caleb Houstan is wise beyond his years

Juwan Howard isn’t one to heap praise on his players before the season starts. He doesn’t open his first press conference of the year with a monologue reviewing the roster and talking about each players’ growth. At Media Day, his comments about his incoming freshman class focused on their work ethic and character rather than specifics on the floor.

When Howard goes out of his way to rave about a player individually, it is worth listening to. The only other player I can remember him praising this often in the preseason before they’ve played a game was Franz Wagner, who Phil Martelli deemed a “basketball savant.” It remains to be seen if Houstan is in this category, but he should be a Day 1 starter and impact player for the Wolverines.

“Caleb is more than just a shooter,” Howard reiterated. “I’ve seen the complete package in his game. HE can make passes, he can make plays for others. He’s also a guy that’s doing a really good job of reading (the game)… whether its a ball screen coming and being patient to set his man up, or if he’s in a situation where he’s making a screen for someone else to get another player open. And then his overall IQ…

“He could easily be an incoming freshman next season, but I’ve been impressed with his level of maturity as well as his basketball IQ. He’s a complete player that has a certain type of demeanor and disposition that makes it seem like he’s been around for years.”

DeVante’ Jones noted that he’s been impressed with how versatile Houstan has been offensively beyond his jump shot.

“Caleb has shown the ability to make reads out of ball screens and be able to pass the ball,” Jones added. “He can rebound and push it himself with the ability to not only make a shot but he can get ot the rim and finish himself. He’s definitely a complete player, real dynamic. He also can defend. He takes pride on both ends.”

Michigan hosts Buffalo — a KenPom top-100 team — on Wednesday night at the Crisler Center. The Wolverines will raise a Big Ten Championship banner in the pregame, but then start fresh at 0-0 as a team.

“Last year is last year and being a new year, there’s a new trophy,” Howard said.

The Wolverines are healthy — “as far as I know,” per Howard — and everyone is expected to be available to play on Friday night at Wayne State.

Howard noted at Michigan Media Day that he makes the unilateral decision to pick captains on his roster. Up to this point, the Wolverines haven’t added any captains to the mix other than super senior Eli Brooks, who was picked as a captain last season.