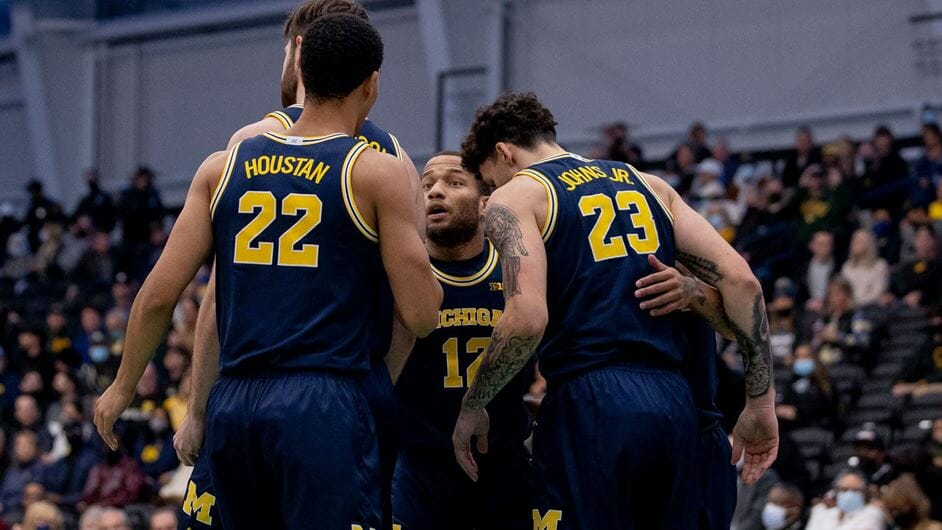 Michigan coach Juwan Howard met with the media Tuesday morning and briefly mentioned the Wolverines’ plan to raise a Big Ten Championship banner during pre-game before Wednesday’s game against Buffalo.

As he mentioned last year’s accomplishments, he couldn’t help but reminisce about last year’s team as well.

That was one of the characteristics he felt inclined to mention when he talked about the team. This year, he expects the same. Especially to start the season against a team like Buffalo. The preseason pick by coaches to win the Mid-American Conference, Buffalo offers an immediate challenge for Michigan.

“They are a pretty good basketball team,” Howard said. “I’ve been told and I’ve been seeing on film that they’re a very tough team that competes really hard on both ends of the floor.”

Buffalo is a veteran team headlined by two seniors who were chosen for the preseason All-MAC first team, Jeenathan Williams and Josh Mballa. The Buffalo team excels in offensive rebounding, a noted weakness for the Wolverines after the exhibition game against Wayne State.

“One of their biggest strengths is their offensive rebounding,” Howard said. “Also the way they put pressure on the basket. They’re a well-coached team as well.”

But while Howard anticipates a test, much like last year’s team, Michigan will be prepared.

“Yeah, my kids own it,” Howard said on Michigan struggling on the defensive glass Friday. “They saw it. No excuses for it. They have the mindset to want to go out and get better. We got a chance to redeem ourselves, but like I stressed earlier, Buffalo, that’s one of their biggest strengths.”