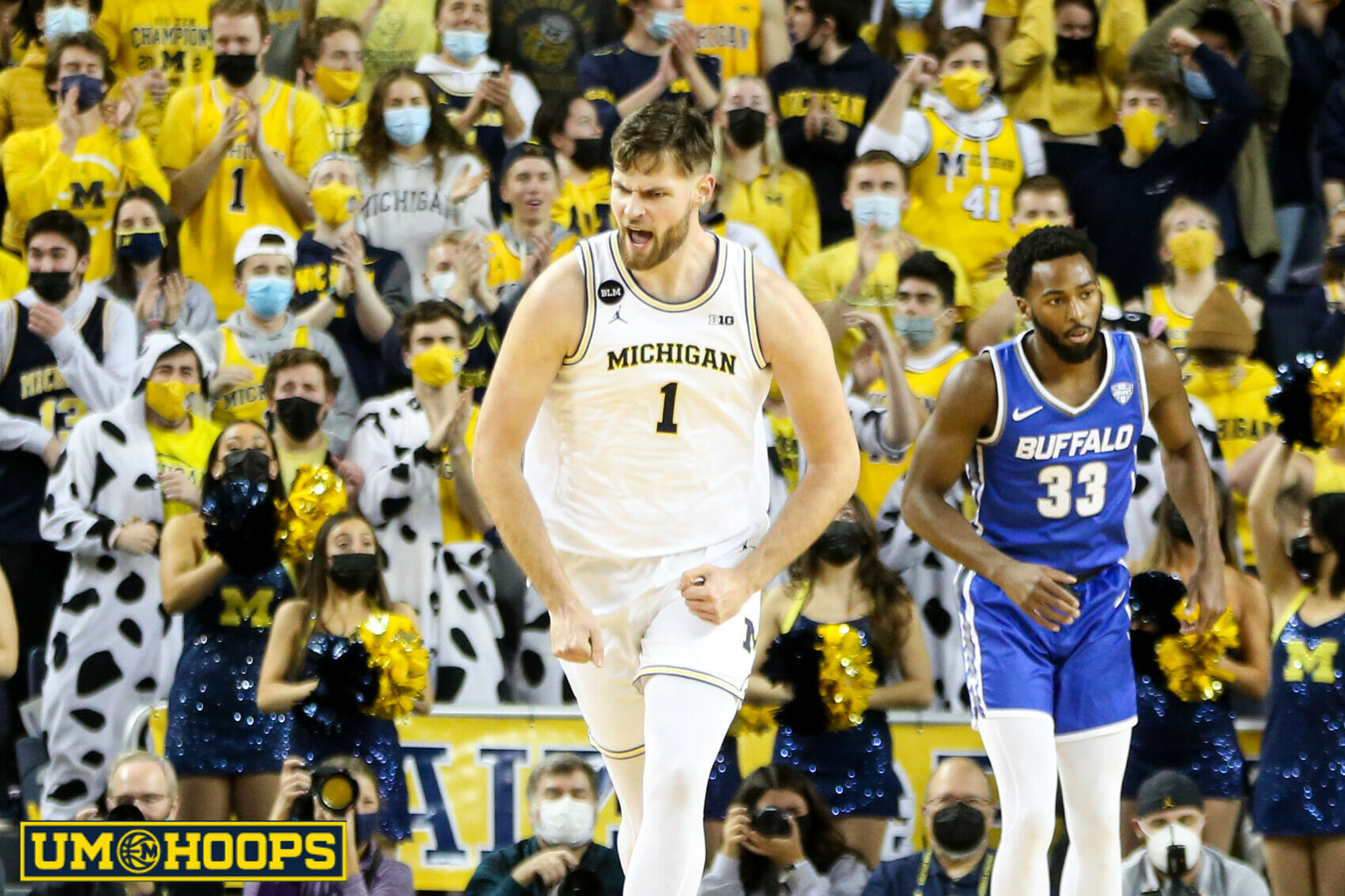 Michigan fans returned to the Crisler Center for the first time since March 2020 and received a full serving of college basketball that included three separate double technicals and a hook and hold review. Nothing quite says college basketball is back like a Bo Boroski trip to the monitor.

The first half was a high-flying showcase of what this talented Wolverine team can become. Caleb Houstan, DeVante’ Jones and Moussa Diabate came roaring out of the gate when they touched the floor and dazzled with their unique talents. They served up spectacular highlights and Michigan looked en route to an easy win as they extended a 20-point lead in the first half.

The Wolverines missed enough free throws and had enough foul trouble to allow Buffalo to hang around. The two teams traded baskets in the second and the Bulls cut the lead to five points with six minutes to play. Michigan had enough to answer with Hunter Dickinson, Eli Brooks and Terrance Williams, who chipped in an impressive 15 points and seven boards off the bench, to survive, but they had to break a sweat and reminded everyone they have room to grow.

Michigan’s 2020-21 team was defined by its ruthless execution. The Wolverines didn’t make many mistakes and they ground games into dust with their efficiency, execution and discipline. It’s important to remember that this team isn’t that team. This group consists of Eli Brooks, Hunter Dickinson, and a dozen guys who are figuring out how to play at a new level and/or in a new role.

This team is going to discover a new identity, a new way to win and it isn’t going to be the same script. We figured out what Michigan was last season by Christmas, I’m not sure we’ll have any idea what this team could become until March. With forty minutes in the stat book we have enough data to venture a few guesses, but it will remain a moving target well into the season.