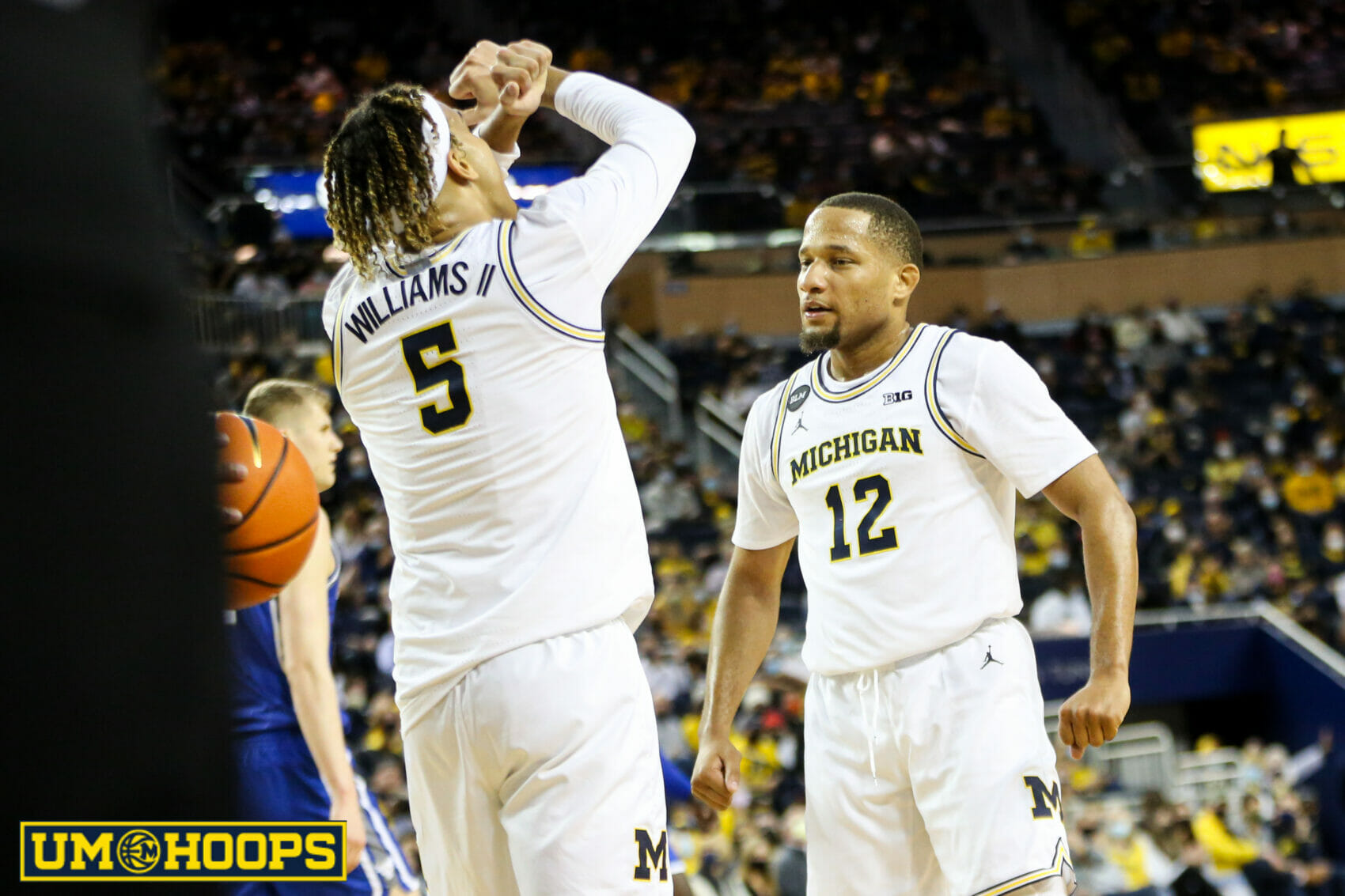 Juwan Howard, Hunter Dickinson and Terrance Williams met with the media after Michigan knocked off Buffalo on Wednesday night.