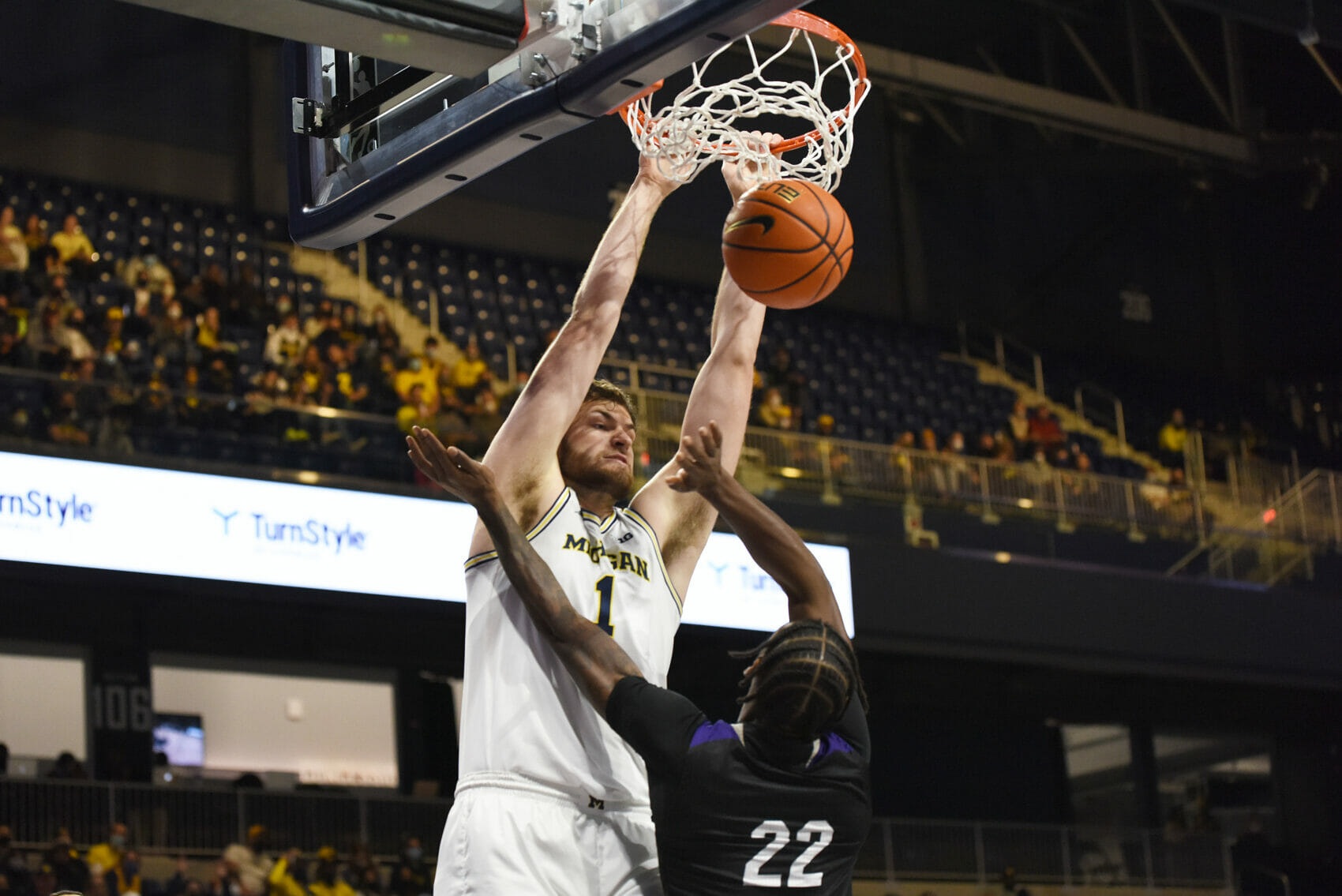 Michigan’s season-opener on Wednesday was more challenging than expected, but the Wolverines played well. On Saturday night, they came up against an overmatched opponent and played fine. Prairie View A&M didn’t have a player on the roster taller than 6-foot-8 and relies on an aggressive pressure defense that relies on gambling for turnovers at the expense of easy baskets and consistent fouling.

That’s not a winning recipe against a Michigan roster loaded with frontcourt depth. Saturday’s game played out almost exactly according to the script. The Wolverines dominated inside, lived at the line, and controlled the glass but turned it over far too often. They were efficient out of the gate and opened a 21-point first-half lead, but the final 25 minutes of the evening were forgettable, frustrating, and disjointed.

It was one of those nights where the whistles blew so often that the game never had any flow — Prairie View committed 26 fouls on the night, and the Wolverines were in the bonus for over 17 minutes in the second half — but in the end, the game was never in doubt or particularly entertaining.