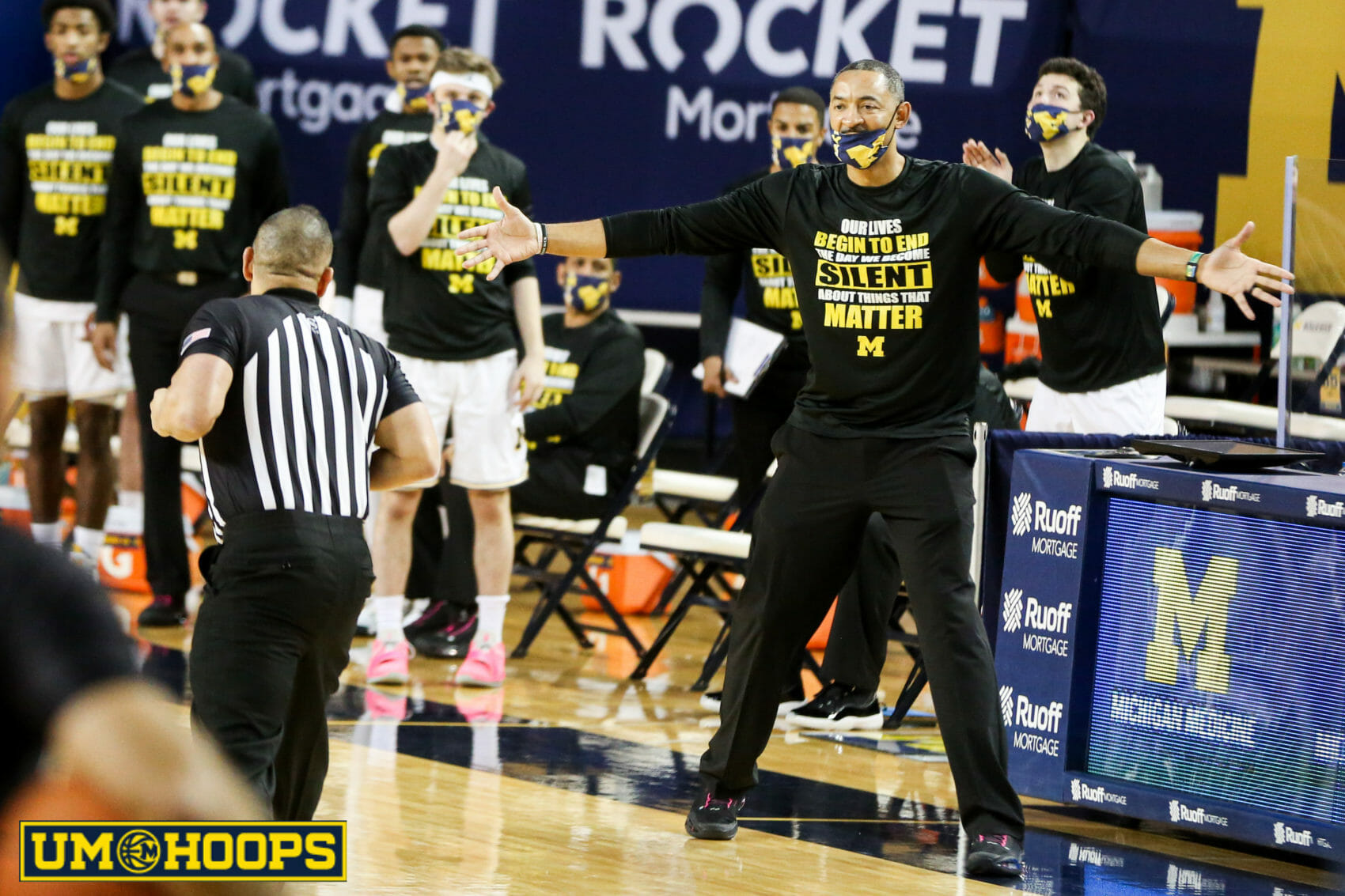 “We have continued to talk about family, character, culture and what it takes to play Michigan basketball,” said Howard. “Today, we feel blessed to bring in four young men who not only buy into what we are doing, but bring a positivity and energy that will no doubt be an influence on and off the court, in the community and especially in the classroom. They each have strong work ethics and bring something unique to the table — size, skill, vision, etc. However, it’s their willingness to learn and become great is what will make them great Michigan men.”

Jett Howard, a 6-foot-7 guard out of Miami, Fla., follows in his brother, Jace, in committing to play for their father in Ann Arbor. Starting his high school career at University School, Howard helped guide the Sharks to two consecutive Class 5A State titles before transferring to IMG Academy. As a sophomore, Howard was the second-leading scorer with 15.6 points and 3.7 assists per game, while also being named to the All-County second team.

Transferring to IMG, Howard teamed up with current U-M forward Moussa Diabate during his junior season and closed the campaign with a 21-3 mark. Howard averaged 9.8 points and 2.0 assists, while shooting 44.4 percent from beyond the arc. In the summer circuit, he played in the Nike EYBL circuit with Nightrydas Elite and averaged 11.8 points, 4.8 rebounds and 2.9 averaged assists.

“We have talked already about many special moments Jenine and I have had in our lives,” added Howard. “When Jett committed, it was another one of those memorable moments for our family. We really let Jett choose his own path during the entire process. I know we worked our tails off to show him what he could accomplish here in Ann Abor, and in the end, I truly didn’t know what he was going to do until he came and talked to me. I can tell you I am very happy with his choice. So is his mom. Jett continues to work hard to improve his overall skill set to become a very diverse all-around player. We are hoping he will come in and be able to make an impact like we know he can.”

A St. Louis native, Reed averaged 14.5 points, 8.3 rebounds, 1.5 steals and 1.2 blocks as a sophomore before a breakout junior season, averaging a double-double, 21.8 points and 11.5 rebounds as a junior. His play last season helped Chaminade to a third-place finish at Missouri Class 6 Finals and earned him recognition as the Post-Dispatch All-Metro Boys Basketball Player of the Year.

This season, Reed transferred to Link Academy in Branson, Mo., where he is set to play his final prep season. On the summer circuits, Reed faced signees Howard and Glenn as part of the MoKan Elite, and averaged 15.4 points and 6.9 rebounds in 2021.

“Versatility is something we are always looking for here. Tarris (Reed Jr.) and Gregg (Glenn) fit that mold. Tarris has a big, strong frame that will make him hard to guard, while Gregg can play inside and out. Both give us the opportunity to allow them to make an impact. Not only are they constantly in the gym working to improve their games, they are also working to get stronger so they can come in and contribute right away. We love that.”

“No one works harder than Dug. He has a toughness about him that really makes him a factor. Being grounded as an individual is what we like the most. His demeanor on and off the court just makes everyone around him better.”

Washington, D.C., native McDaniel, a 5-11 point guard, was the first commitment of the Class of 2022 and enters his final year at St. Paul VI Catholic in Fairfax, Va. He plays in the Washington Catholic Athletic Conference (WCAC), the same conference current Wolverines Hunter Dickinson (DeMatha) and Terrance Williams II (Gonzaga) played in before coming to Ann Arbor.

Last season, McDaniel had a standout junior season averaging a double-double with 22.0 points and 10.0 assists in an 11-game shortened season due to COVID-19. McDaniel, along with former teammate Trevor Keels (Duke), fell to DeMatha in a dramatic 109-107 loss in the WCAC championship game. As a sophomore, McDaniel guided St. Paul IV to a 27-8 overall record and the 2020 VISSA Division 1 State championship after finishing second in the WCAC (16-4) and closing as the runner-up in the WCAC Tournament.

McDaniel’s averaged 10.9 points and 5.2 assists as a freshman, helping the Panthers to a 27-9 record and runner-up WCAC finish. He was honored as a Northern Virginia All-Freshman Team selection, as well as the All-Washington Catholic Athletic Conference first team. Along with signee Glenn, McDaniel participated in several of USA Basketball’s junior minicamps throughout 2019. During his AAU play this summer, he averaged 19.0 points and 8.0 assists with Team Takeover.

Glenn III, a 6-7 power forward out of Calvary Christian Academy in Fort Lauderdale, Fla., was named to the MaxPreps Freshman All-America third team after averaging 14.0 points, 7.8 rebounds and 2.6 assists. As a sophomore, he earned All-Broward County second-team honors after guiding Calvary to the district semifinals. Glenn posted 12.4 points, 6.1 rebounds and 2.2 assists per game in the 2021 season, helping the Warriors to a 17-7 record en route to a Class 3A State championship title.

In addition to his prep career, Glenn has been a part of USA Basketball, playing with the U16 National Team, which won the gold medal in Brazil during the 2019 FIBA Americas Championship. On the AAU circuit, he played with fellow signee Howard with Nike EYBL’s Nightrydas Elite.