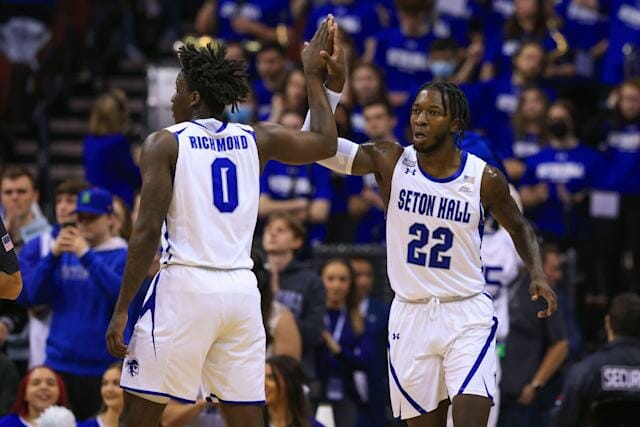 Michigan hosts Seton Hall tonight in a 1989 National Championship game rematch (9:00 p.m., FS1). The Gavitt Games has turned into an early litmus test for teams in the Big East and Big Ten over the last decade.

Michigan has only played in the Gavitt Games three times since it began in 2015, but its results in the event have been an effective predictor of upcoming success. The Wolverines’ two big wins (at Villanova and home against Creighton) were the first sign of promise in successful seasons while the disappointing home loss to Xavier was a warning sign that the Wolverines were in for a long season.

Michigan and Seton Hall have both looked great through two games, but they haven’t played anyone like Seton Hall or Michigan. By midnight Tuesday night, both programs will know where they stand and where they need to improve.

Kevin Willard’s program looked to have made a breakthrough in 2019-20 after earning a share of the Big East title, only for the NCAA Tournament to be canceled a week later. The Pirates never regained the same edge in 2020-21 and toiled in mediocrity, finishing 14-13. Expectations were mixed for Seton Hall entering the season, but there’s enough talent and depth on the roster for Willard’s program to return to the NCAA Tournament and compete in the top half of the Big East.