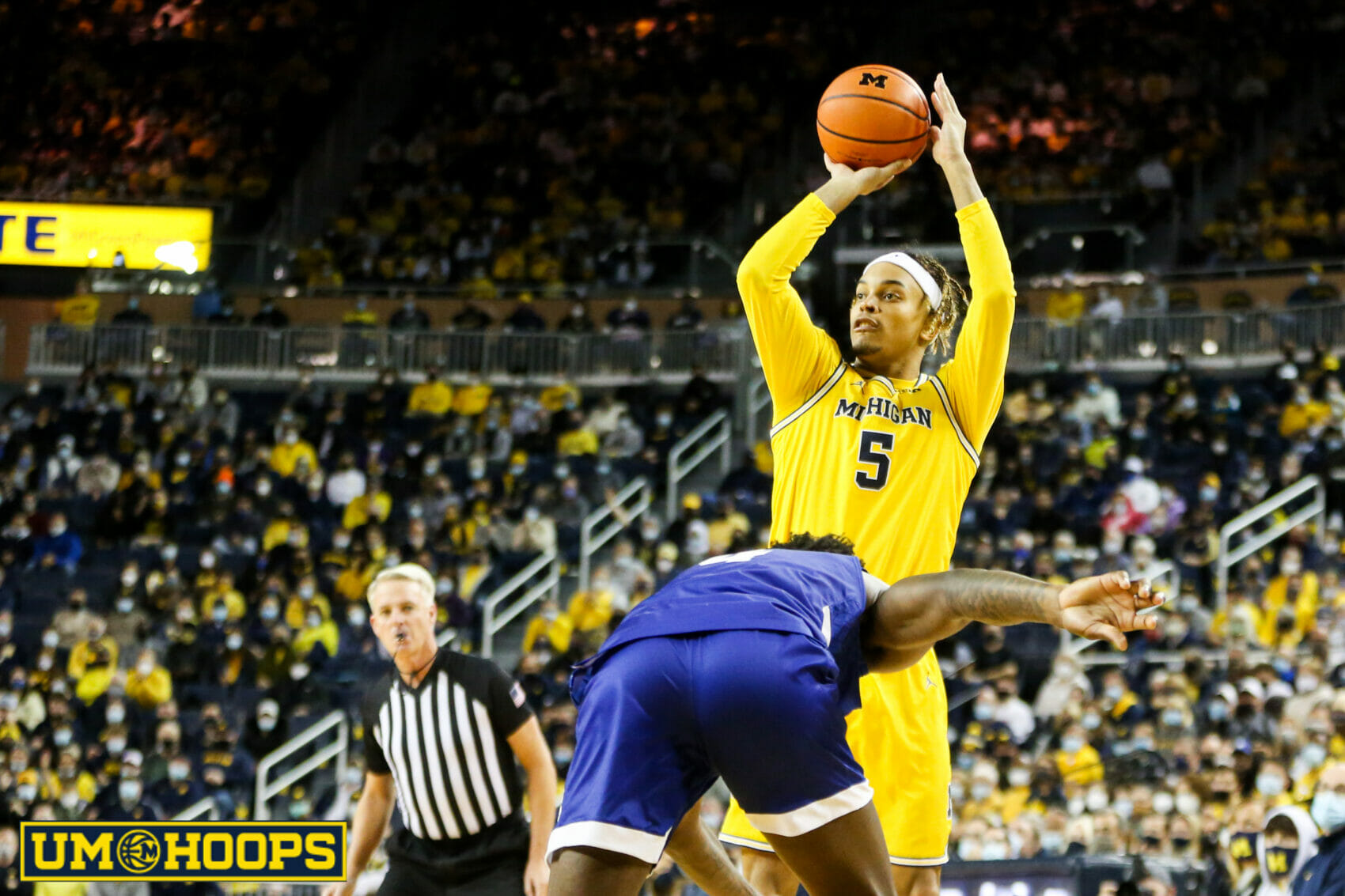 Terrance Williams dropped his head, locking eyes with the hardwood for more than a moment. Around him, the Crisler Center crowd, voices sure to be hoarse, threw on their jackets in haste and rushed to the exits in dismay.

Amidst a night rife with miscues and frustration on Michigan’s end, Williams’ missed free-throw with eight-tenths of a second remaining serves as a microcosm for the Wolverines’ most glaring problem: a lack of execution in crunch time.

“We ain’t blame nobody but ourselves,” DeVante’ Jones, stone-faced, said after the game. “It shouldn’t have been that close in the first place.”

No, it shouldn’t have. Seton Hall, though talented, is unranked; the Pirates entered Tuesday’s game slotted 35th in KenPom. Michigan, teeming with potential, came in second.

But, once the game did get close — once it became clear that Seton Hall wouldn’t be a pushover, when the feisty Pirates refused to capitulate even as the Wolverines pushed the lead to as high as 11 points — Michigan wilted.