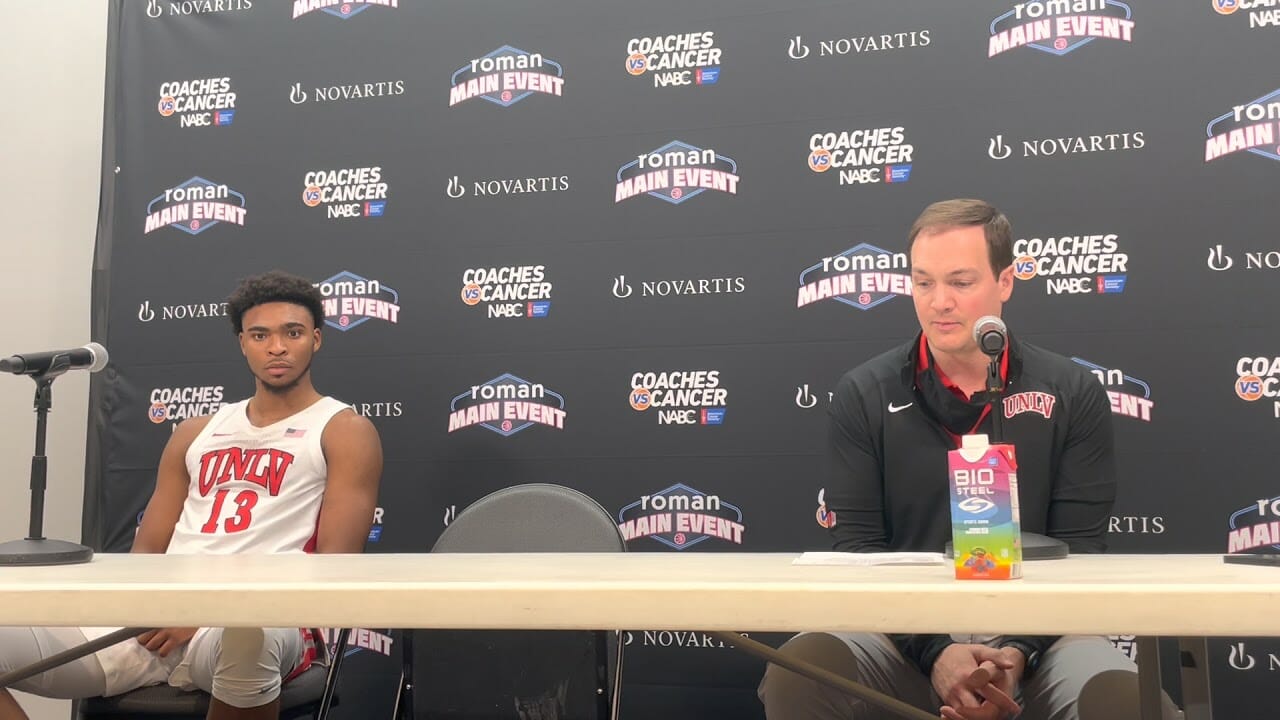 Kevin Kruger and Bryce Hamilton were on the podium to discuss UNLV’s loss to Michigan.