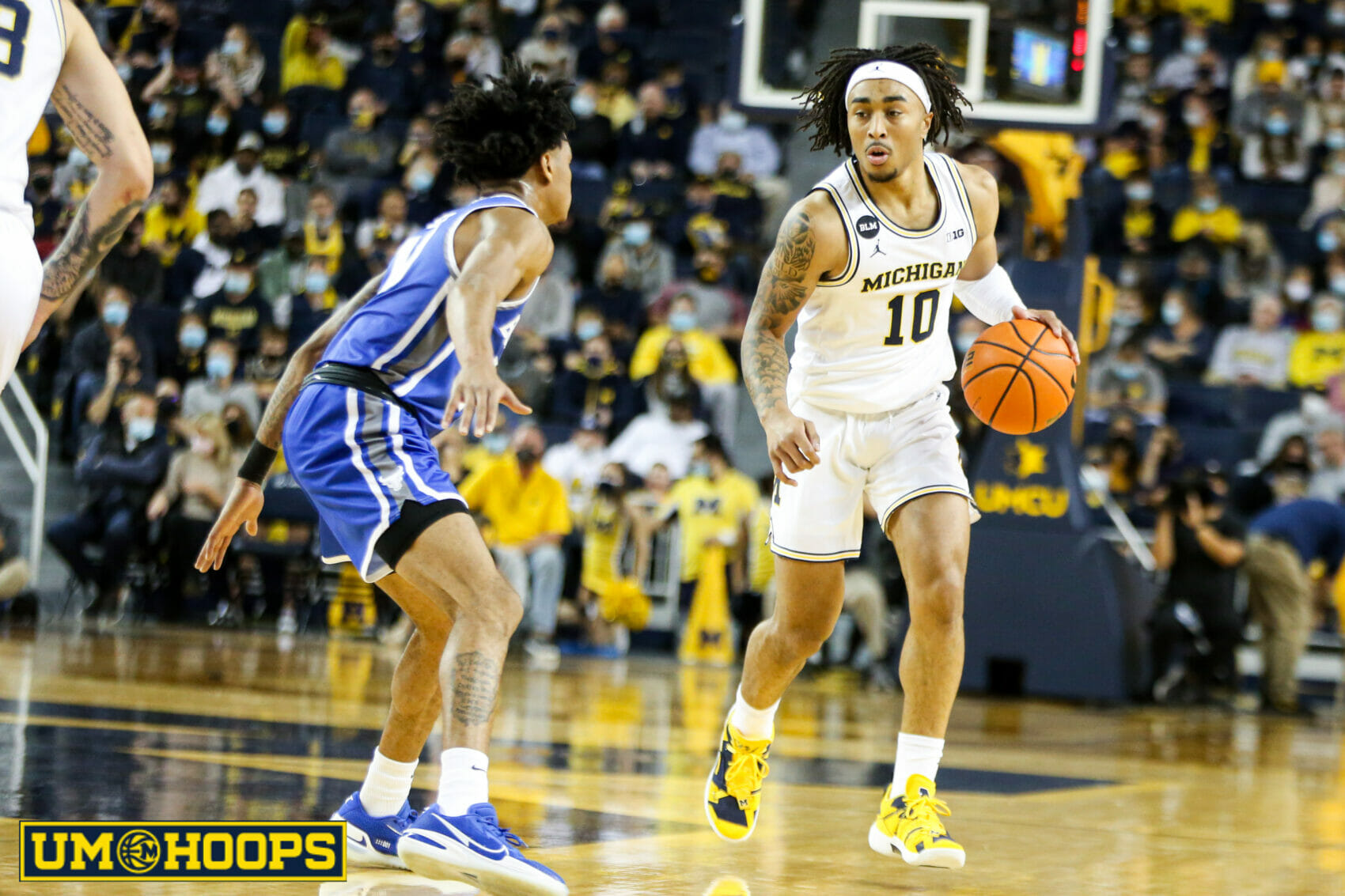 With a little over seven and a half minutes left to go in the second half, freshman forward Moussa Diabate drew a foul that sent him to the free throw line.

His play sparked a cheer from the Michigan sideline. Players down the bench started to clap. A few of them nodded their heads in approval of the opportunity at the line. Two players jumped to their feet, emphatically cheering their teammate on.

One of the players that jumped up was freshman guard Frankie Collins. And long after his teammates settled down, sitting back in their seats, and relaxing as they watched on, Collins stayed standing, staring as the play continued.

That was his M.O.

Collins was locked in and engaged, even in a second half where he was given no opportunity to continue his first-half shine. That’s just how he is though.

“His rule is he’s always there whenever his name is called,” Michigan coach Juwan Howard said. “He’s locked in, you see, he sits up in the front of that role on the bench. He’s not down there on the end, sulking about minutes. He’s always locked into the game, seeing what’s happening.”