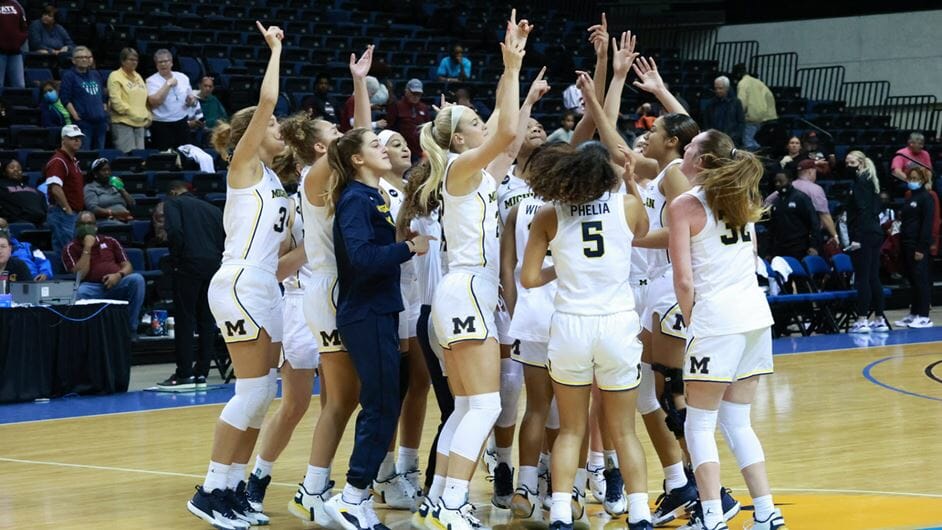 Michigan faced its toughest stretch of the season so far last week, and one thing became clear: The team needs Leigha Brown.

Yeah, it’s not really a revolutionary take, but after the start of the season when Brown struggled with injuries and was out the last two weeks, the Wolverines had real cause to figure out who they would be without her.

They weren’t bad, they started the season undefeated and through three-quarters of a game against No. 16 Oregon State they held their ground. With the game tied at 40, Michigan had held a double-digit lead as late as the third quarter. Something was missing, though. It shot 2-for-15 in the third quarter, relying mostly on free throws to stay in the game.

Brown herself was shooting 0-for-6 on the day with three fouls already in her return to the team. Then, she got a layup to fall. Then she hit a 3-pointer. Then a jump shot. In a game where each team shot less than 35% from the field, Brown went 4-for-5 in the fourth quarter. Her 10 points would lead Michigan’s nine-point win over the Beavers.

“Yeah, I mean, I think that obviously I still have some room for improvement. Obviously still kind of rusty. You know, finishing off, finding my touch inside,” Brown said. “But just like my teammates instilling confidence in me, obviously, you get that confidence by just getting reps on getting experience on the court and I think you said obviously the first half (Friday) was a little rough, but I think just continuing to find my touch is huge.”