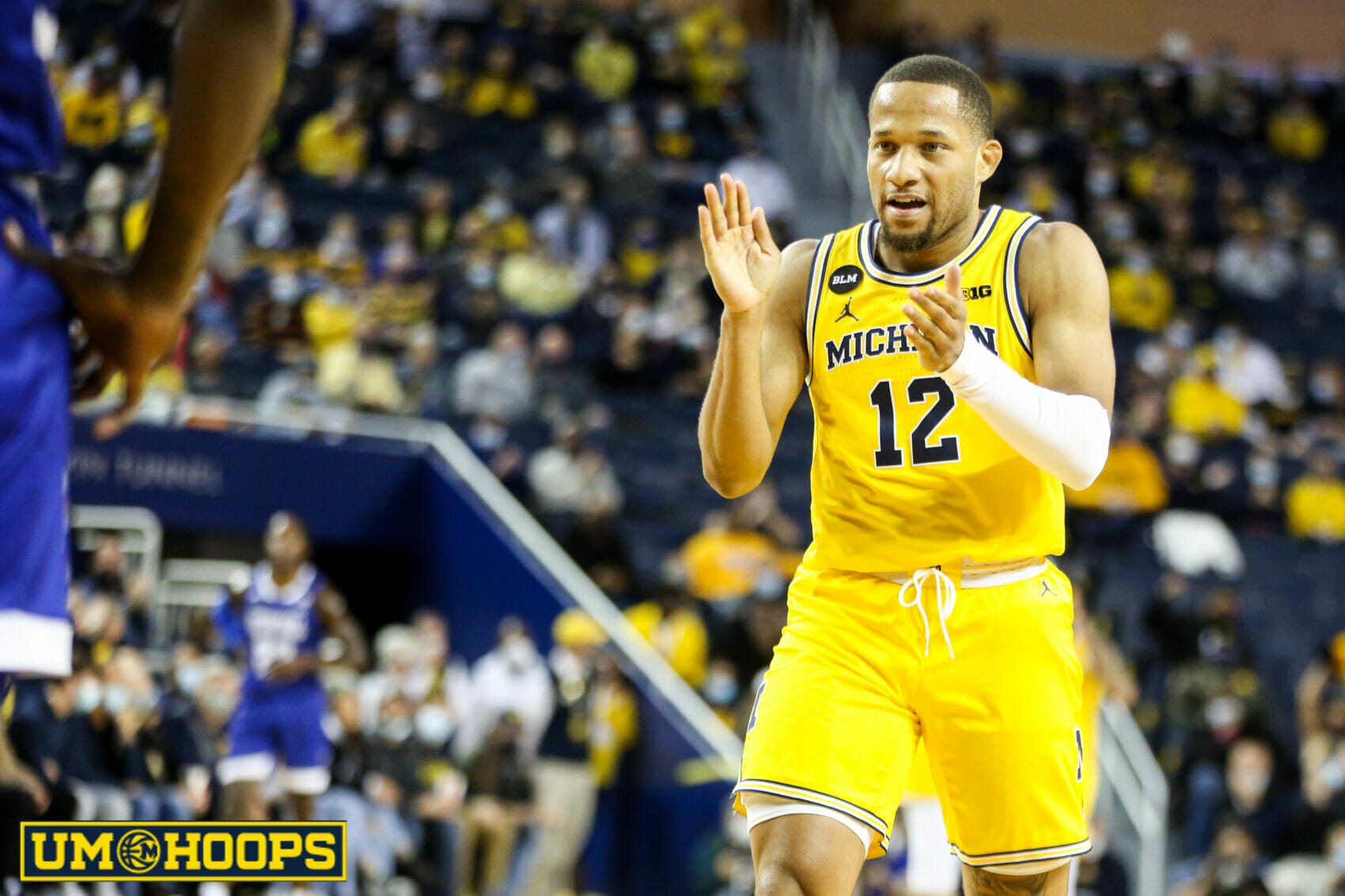 The first six games of Michigan’s season haven’t gone according to plan. The Wolverines already dropped a pair of games to Arizona and Seton Hall and have looked less than impressive in some of their early-season wins. This new look Michigan team was always expected to suffer some growing pains this season, but running effective offense and defense has been a laborious task for Juwan Howard’s team through two weeks of the season.

With marquee games against North Carolina and San Diego State on the calendar this week, it felt like a great time to step back and examine what’s working for Michigan, what isn’t working, and what Howard and his team can do to address some early issues.

1. This team has a new statistical DNA

At a high level, Juwan Howard’s first two teams were reasonably similar statistically to some of John Beilein’s teams. They played a bit faster and posted up a bit more, but they didn’t turn the ball over, took a reasonable amount of threes, and didn’t prioritize crashing the offensive glass or getting to the free-throw line.

We saw some early signs that those trends were changing with the introduction of Hunter Dickinson in the middle of Michigan’s offense last season. This year’s team has officially broken the statistical mold that housed the Wolverines for the last decade-plus. Most of the statistical shift can be attributed to playing two bigs at the same time, or playing two non-shooters at the four and five positions.