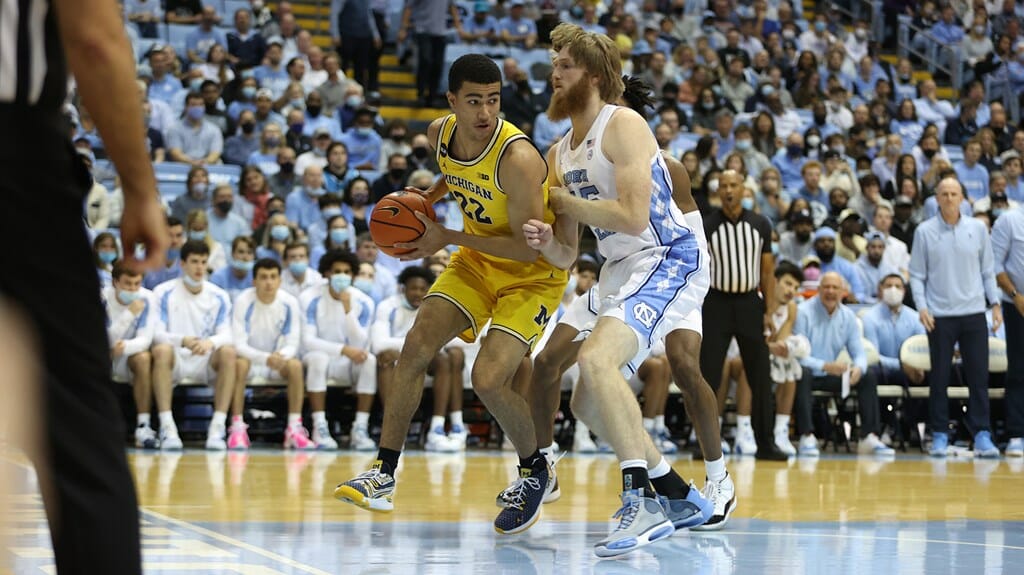 Michigan entered Wednesday night’s game against North Carolina hoping to show that its early-season struggles were in the rearview mirror.

But not even a week off could solve the Wolverines’ myriad of issues. By the end of 40 disastrous minutes in Chapel Hill, Michigan found itself on the wrong end of a 72-51 blowout, its problems amplified.

Here are five takeaways from the loss.

Hunter Dickinson has to be more impactful

After Hunter Dickinson picked up his fourth foul just 93 seconds into the second half, North Carolina ripped off a 27-9 run, opening the floodgates.

“It’s tough to win any game when your best player plays only 17 minutes,” Juwan Howard said. “…. It’s tough when you miss one of your best players who generates a lot of offense for us. He played very limited minutes, especially in the second half when we needed to score.”