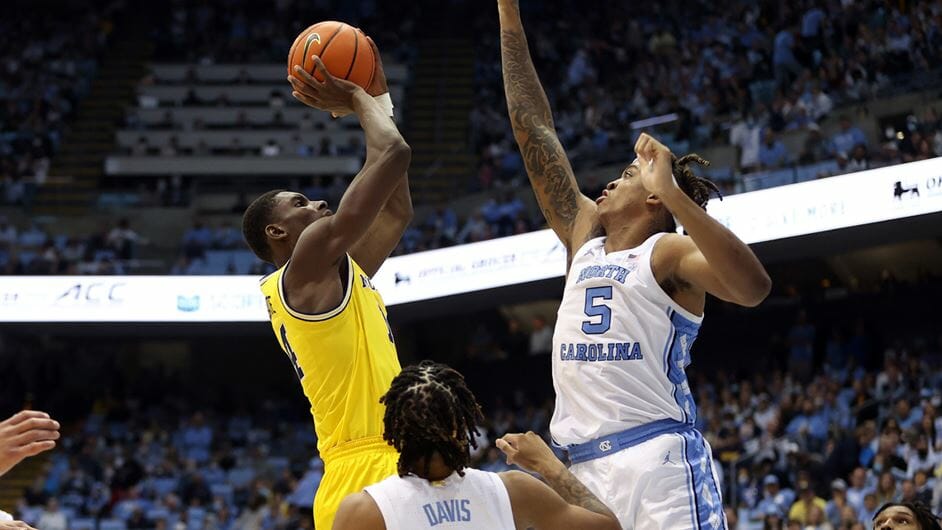 For the second time in three games, Juwan Howard emptied his bench shortly after the under-four media timeout in the second half. Not to finish out a victory in style, but because the game was over. That’s two blowout losses in seven games, a season after Howard’s team lost two blowouts all season.

The Wolverines are reeling and seem to leave every game with more questions than answers. It’s tough to find your identity on the road against another team hungry for a victory. Michigan’s early spurt of production from Moussa Diabate, who earned his first start, wasn’t enough to carry it for forty minutes.

The Wolverines gave up a late three to end the half, trailing 29-27 at the break, and then unraveled after Hunter Dickinson picked up two fouls on the same possession with over 18 minutes to play. North Carolina outscored Michigan 43-24 in the final period.