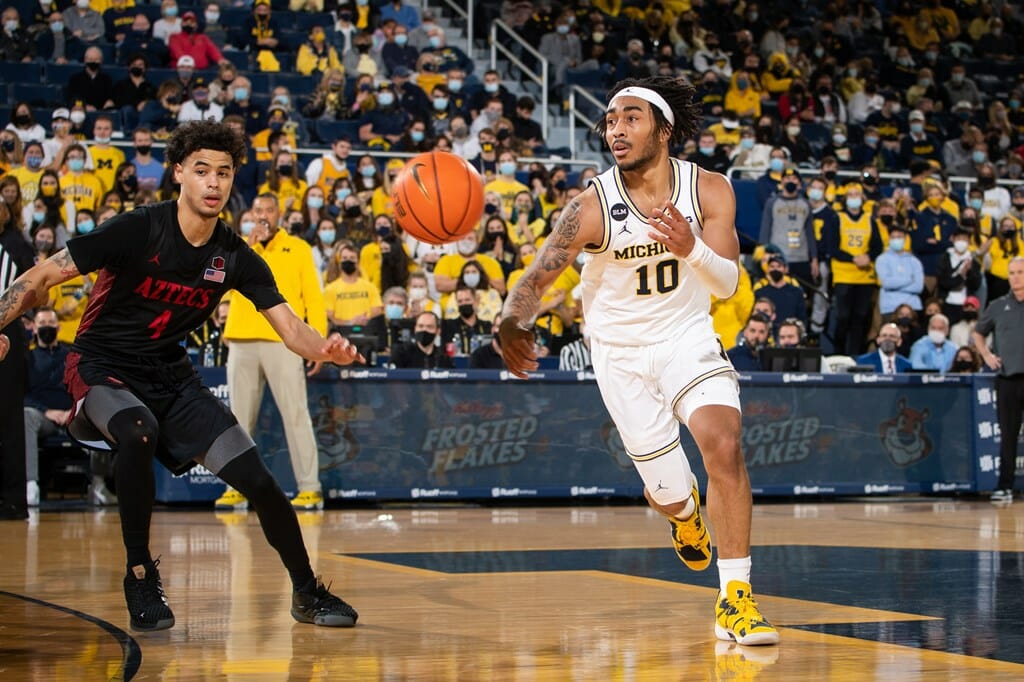 There’s no shortcut or secret to winning college basketball games. It always starts with defense. Great teams have a solid defensive foundation, a foundation that Michigan lacked over the first two weeks of the season.

The Wolverines needed to rediscover that defensive identity, and they had a great opportunity against a San Diego State team ranked 113th in adjusted offensive efficiency. The story of Michigan’s much-needed win over the Aztecs wasn’t hot shooting (although that helped), Hunter Dickinson getting more touches (which also helped) or Frankie Collins playing his best game. It was about a team growing a defensive spine.

The Wolverines led 47-43 around the 14-minute mark of the second half and were bogged down in a back-and-forth affair for most of the afternoon. Then the defense rose to the occasion. The Wolverines recorded two stops in a row and forced Brian Dutcher to call a timeout, only to proceed to record another ten consecutive defensive stops.

The Michigan defense took control of the game, shots started falling, and the lead grew to 18 points before San Diego State finally snapped its scoring drought over seven minutes later.