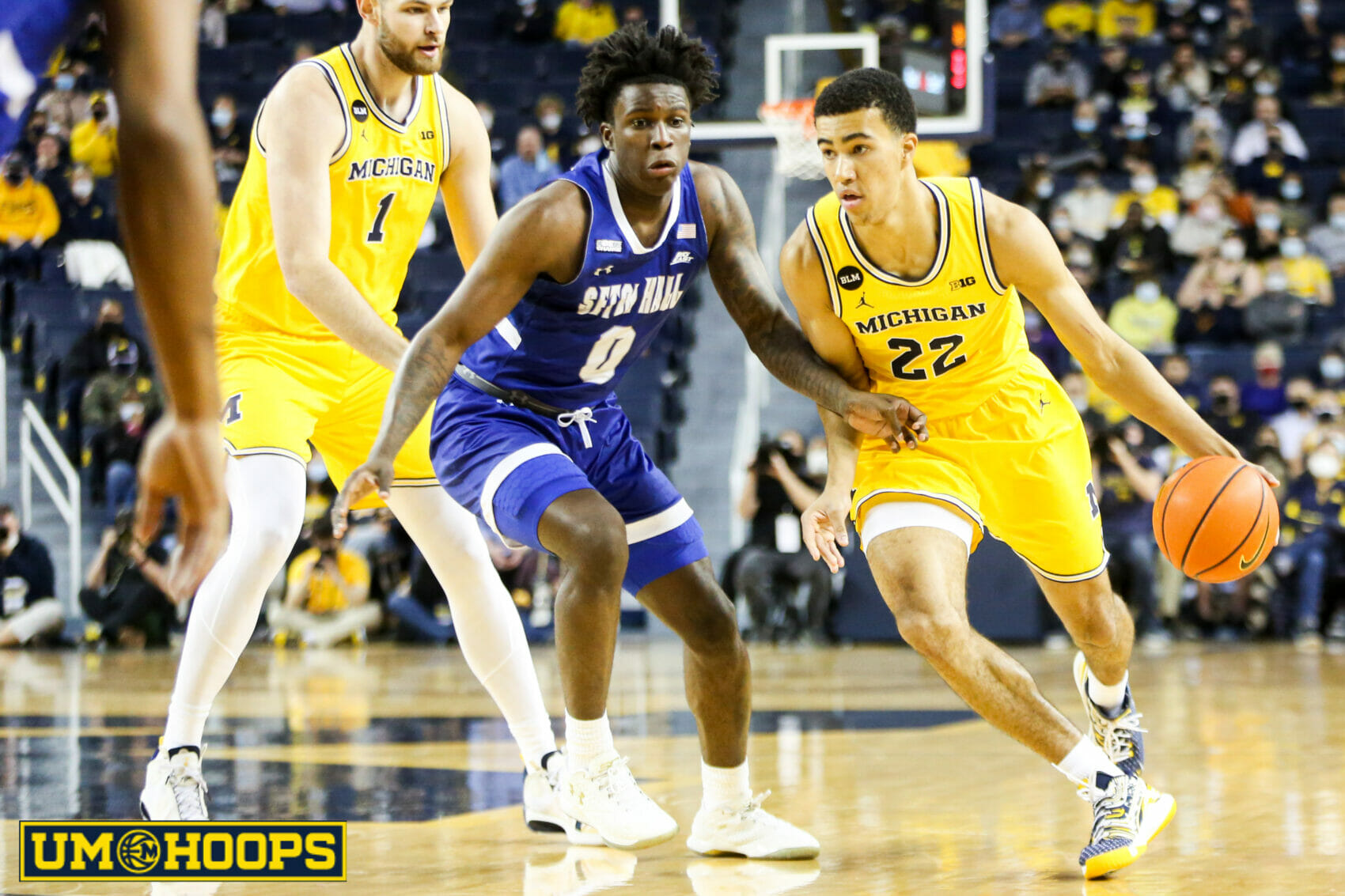 Michigan picked up a needed win over San Diego State on Saturday afternoon to set the stage for a pair of Big Ten games with a trip to Nebraska on Tuesday and a home tilt against Minnesota on Saturday to kick off the conference season.

The Wolverines played arguably their best game of the season against the Aztecs, and there were improvements, wrinkles, and adjustments that Juwan Howard and his staff can build off in the victory. Here are four essential adjustments and emphases that worked against SDSU and that the Wolverines can build on moving forward.

Michigan wing Caleb Houstan is steadily coming into his own as a featured scorer. He played a great first half at North Carolina and a great game against San Diego State. He’s averaging 13 points per game over Michigan’s last three contests and has made 8 of his previous 14 triples. That’s a significant improvement from his 7.8 points per game and 23% 3-point shooting over the first five games of the year.

Any roadmap to Michigan being a better offensive team by year’s end includes Houstan emerging as an elite perimeter threat.

A major part of his progression has come from the two-man game with Hunter Dickinson. Michigan has featured Houstan in “Chicago action,” a fancy name for a pindown screen followed by a dribble handoff. Houstan has thrived in these sets because they emphasize his ability to shoot or turn the corner and get downhill. Houstan can also leverage Dickinson’s gravity toward the rim that keeps a help defender at bay and puts the big man in position for an offensive board.