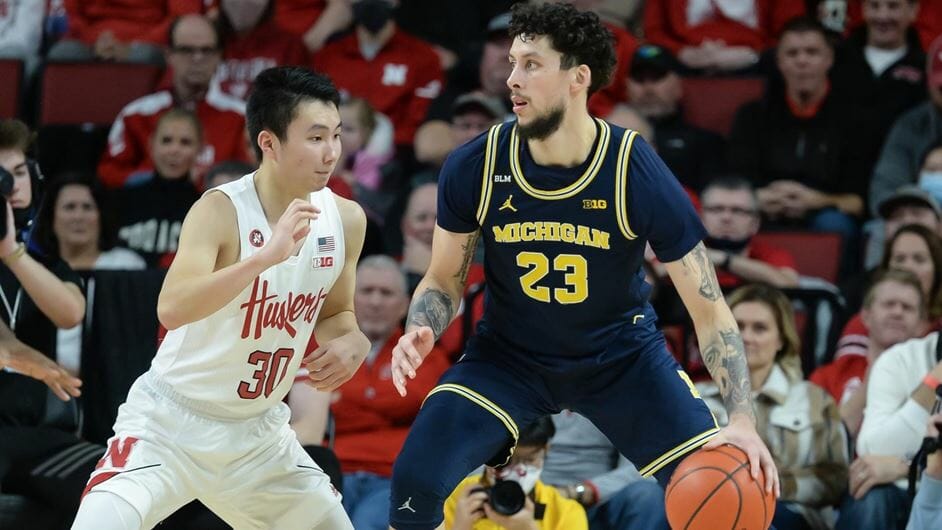 For three weeks, it felt like nothing was working for Michigan. The Wolverines already have three disappointing defeats and never seemed to gel over the season’s first seven games.

They showed progress against San Diego State on Saturday, but everything clicked against an inferior Nebraska team on Tuesday night. The Wolverines jumped out to an early lead and never looked back. They routed the Huskers, 101-67, in a conference game that turned into a laugher midway through the second half.

Other than Alonzo Verge Jr.’s ability to weave his way to the basket, the Husker effort left much to be desired — and that’s being polite — but Michigan needed a game where everything just works.

Ten Michigan players scored including five in double figures and the Wolverines made 15-of-32 3-pointers for the game. Most importantly, players who had struggled to find their roles made key contributions throughout. Brandon Johns Jr. scored 20 points and grabbed five rebounds in a spot start for Moussa Diabate (illness). Terrance Williams added 20 points, including three triples, while DeVante’ Jones racked up eight assists to zero turnovers in 25 minutes.