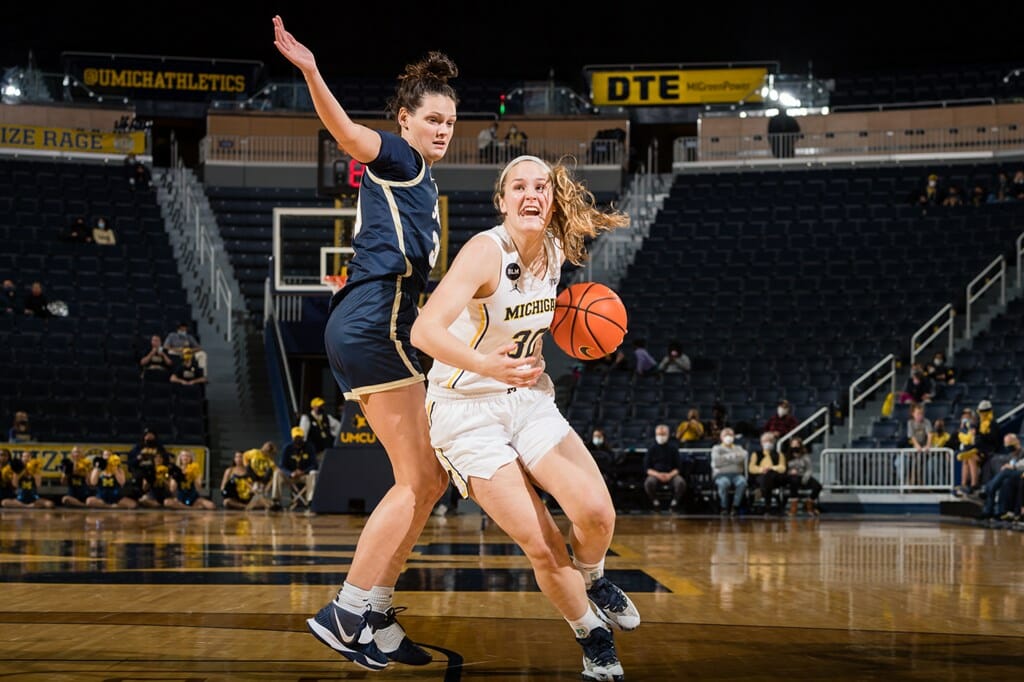 Louisville came into the match billed as an elite defense, holding opponents to 46.4 points per game, 32.9% from the field and 23.7% from beyond the 3-point arc while also forcing 20.3 turnovers a game. The Wolverines, who came in ranked 12th, performed worse than the average: shooting 37% from the field and 13.3% from three with 24 turnovers.

Their offense, which has gone through most of the season without senior wing Leigha Brown and senior guard Amy Dilk, isn’t elite — it’s 113th in the country. But neither is the Cardinals’ — they’re 112th.

The game was billed to be a defensive fight, and instead Michigan floundered, unable to stop Louisville for long stretches of the game. The Cardinals shot a 52.3 eFG%, often capitalizing on a fast break thanks to the Wolverines’ turnovers (Louisville scored 32 points off turnovers).