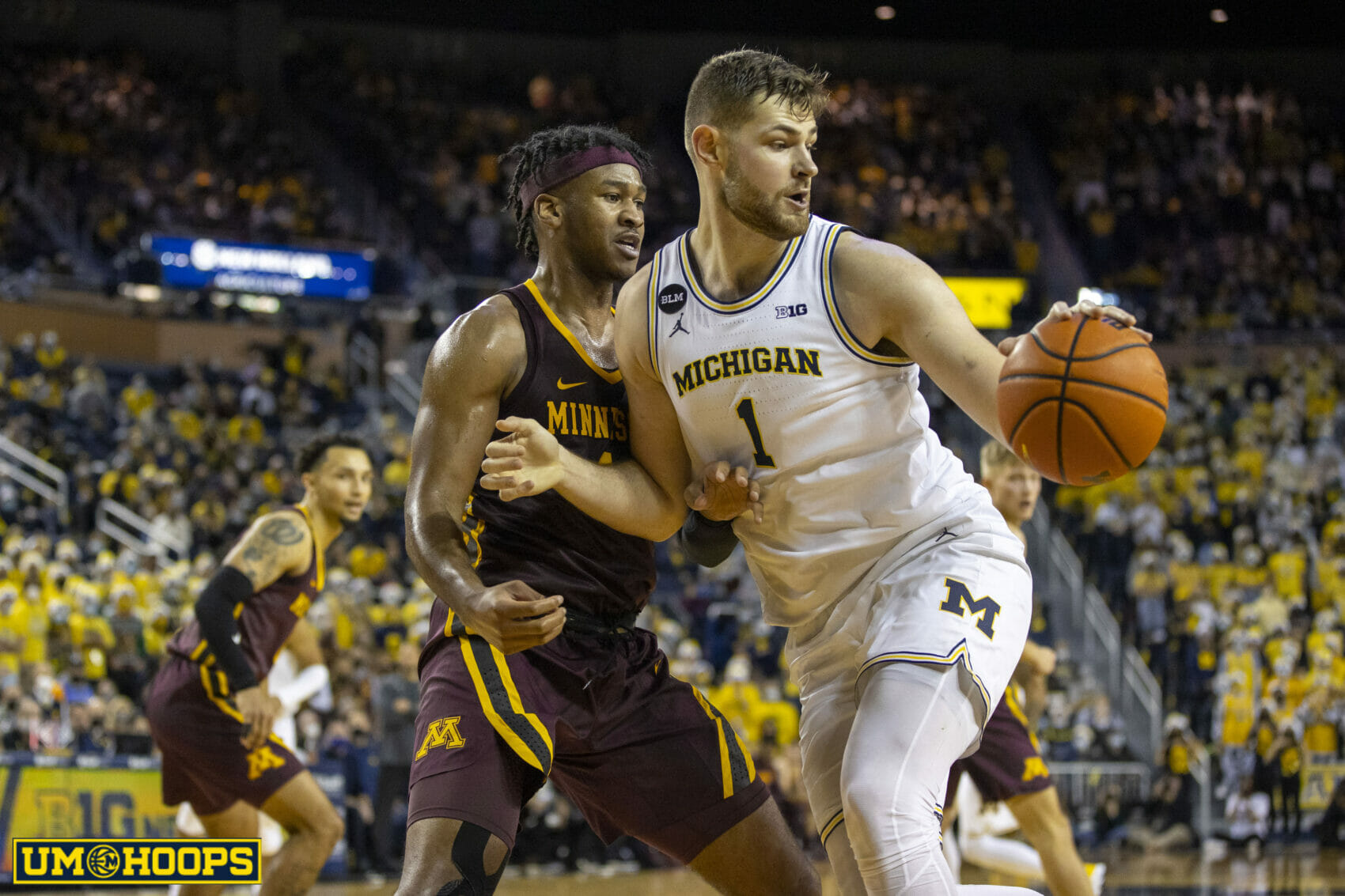 There is one possession during Saturday night’s game against Minnesota that kept running in Michigan coach Juwan Howard’s head moments after the game ended.

Whenever he was asked about the game, any stretch of it, the same moment would pop back up.

“That was one possession, we could have cut it to two (possessions), and it would have put more pressure on them,” Howard said. “But unfortunately, they made a run and didn’t look back.”

The Wolverines trailed throughout most of the second half, but trailed 68-62 with just over three minutes remaining. They ended up with four possessions down by six, and became up empty on all four.

For the most part, Michigan executed the offense and got the shots it wanted. The Wolverines played inside out and were able to feed the ball to Hunter Dickinson, but they simply couldn’t get the ball in the basket. Eventually, the game slipped away.