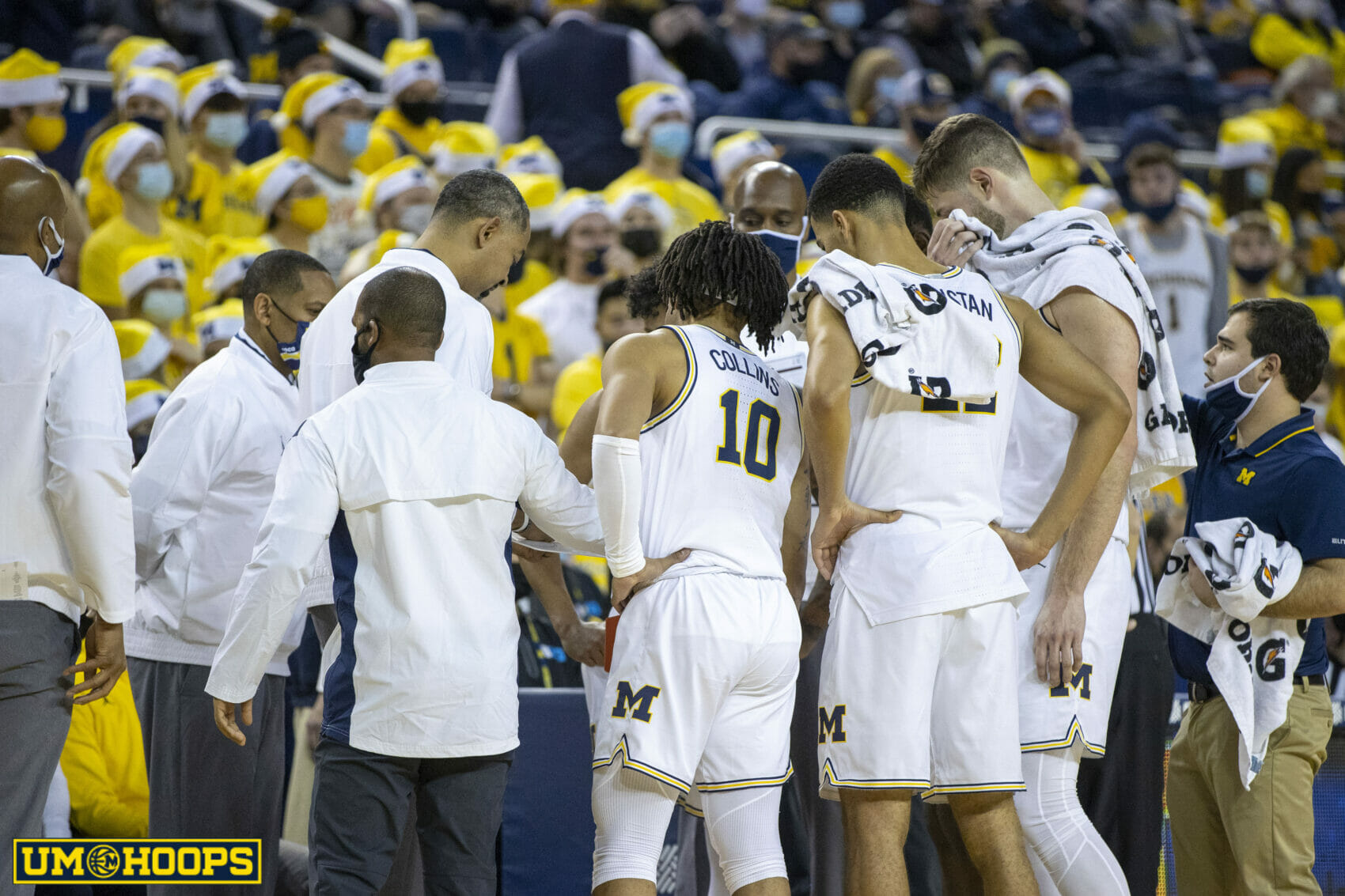 Entering Saturday’s game against Minnesota, Michigan appeared to have at last gotten its season on track.

A week ago, the Wolverines dispatched a solid San Diego State team. On Tuesday, they followed that victory with a throttling of Nebraska in their first conference game.

After a rocky 4-3 start to the season, Michigan began to resemble the team that entered the year ranked fourth in the nation.

That two-game stretch laid a blueprint for a substantial turn-around, too. There loomed an apparent soft-spot in the schedule, with games against Minnesota, Southern Utah, Fort Wayne and UCF on tap before conference play resumed in January. It seemed like a prime opportunity for Michigan to iron out its early-season kinks and hit its stride entering the Big Ten gauntlet.

By the end of a deflating 75-65 loss, though, that vision had crashed and burned.

“This was a good wake-up call for us to realize how good the Big Ten is and how hard it is to get a win,” Hunter Dickinson said after the game, his voice monotone. “There’s no off-nights and so you have to bring it each and every night or anybody in the Big Ten can beat you.”