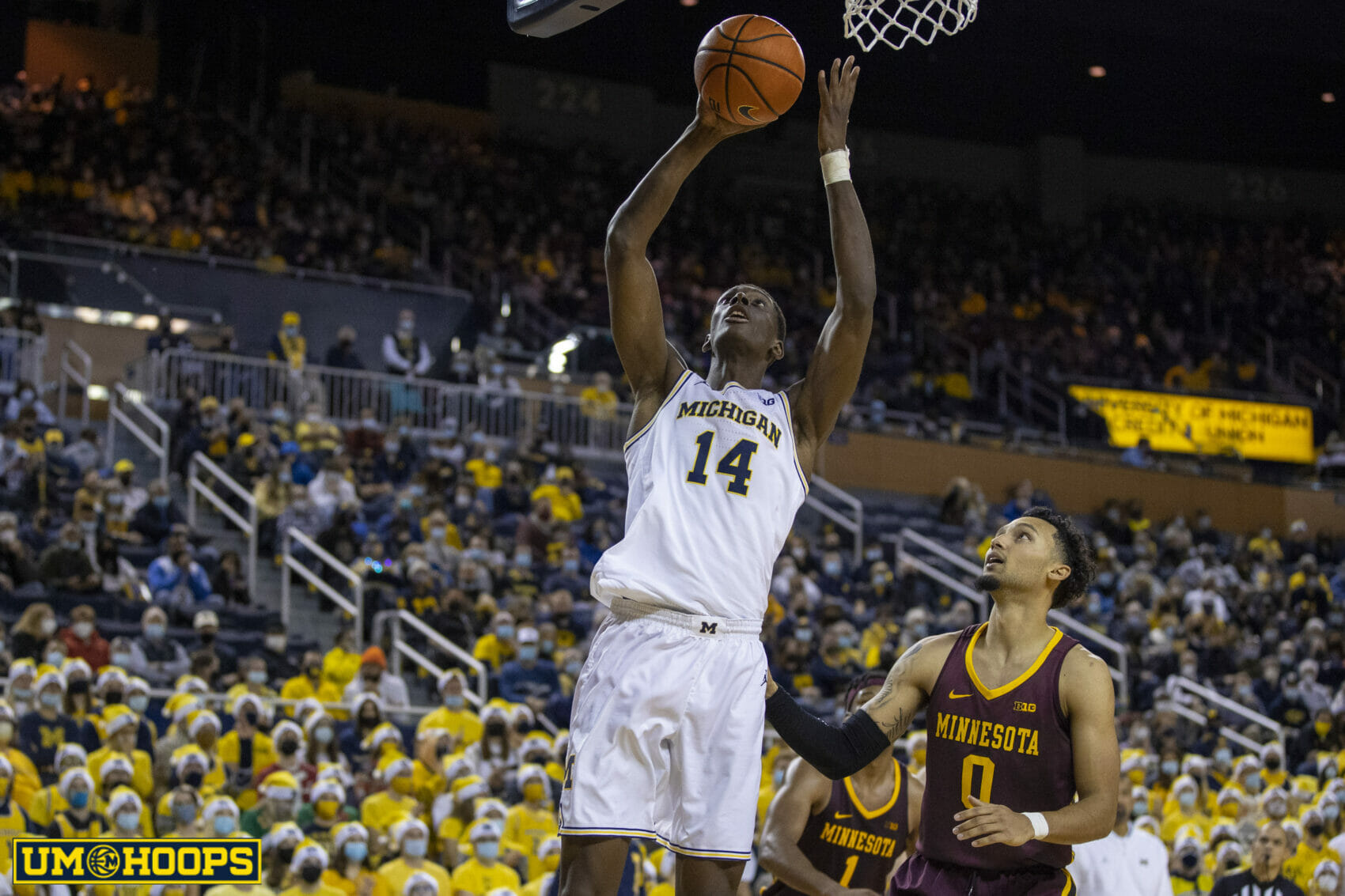 Just as Michigan appeared to be creating some momentum, it suffered a deflating home loss to Minnesota on Saturday. Now, it’s back to the drawing board for the Wolverines who have a pair of guarantee games — Southern Utah and Purdue Fort Wayne — before Christmas followed by a top-50 road game at Central Florida that will provide a last chance at a quality non-conference win.

With a bit of time to reflect, here are some thoughts on Michigan’s struggles, statistical anomalies, and potential avenues to improvement with conference play looming.

1. Part of Michigan’s defensive issues are by design

That sounds like a bad-to-worse stat, but it is important to remember much of it is by design. The Wolverines run a defensive scheme designed to funnel opposing offenses into those shots. It is a good thing that teams are taking so many shots by ball screen and isolation ball handlers. It’s a bad thing that the Wolverines have been one of the worst teams defending those shots.

Establishing a baseline expectation with these statistics is important.