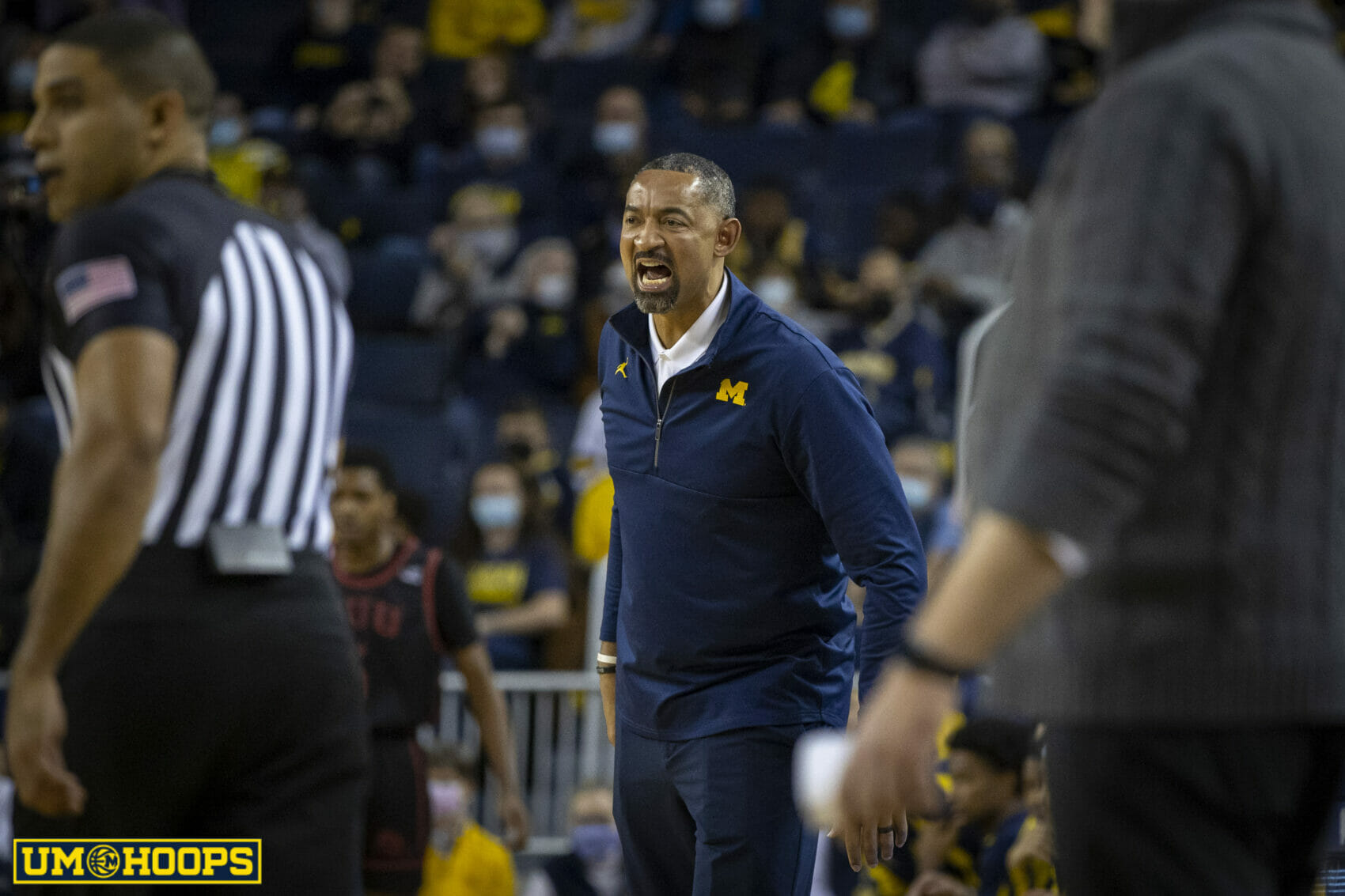 Michigan has spent the first two months of the season trying to figure it out. Trying to figure out how to string together 40 minutes of consistent mistake-free basketball. That tinkering has resulted in plenty of good spurts, but it hasn’t resulted in a team with the leadership, confidence, or belief to execute under pressure.

For 25 minutes on Thursday night, the Wolverines looked like that team that shows flashes. They played a solid first half on the road and had control of the game.

Michigan opened the second half on a 9-1 run to take a 44-32 lead. The Wolverines were cruising at 1.19 points per possession, allowing just .86 points per trip. They were a few solid four-minute segments away from a much-needed quality win that would have erased a lot of demons.

Then those pesky bad habits and inconsistencies returned. Johnny Dawkins called timeout, and his team answered with a run of its own. Michigan never figured out how to answer back.

The Wolverines were outscored 53-27 over the final 29 possessions of the contest. The Knights rattled off 1.83 points per possession over the final 17:29 of the game. Offensive efficiency that’s hard to accomplish going up against air.

UCF made all eight threes that it took in the second half and Michigan ran out of answers. Some were contested, some were stepbacks off the bounce, and some were wide open. They all went in.