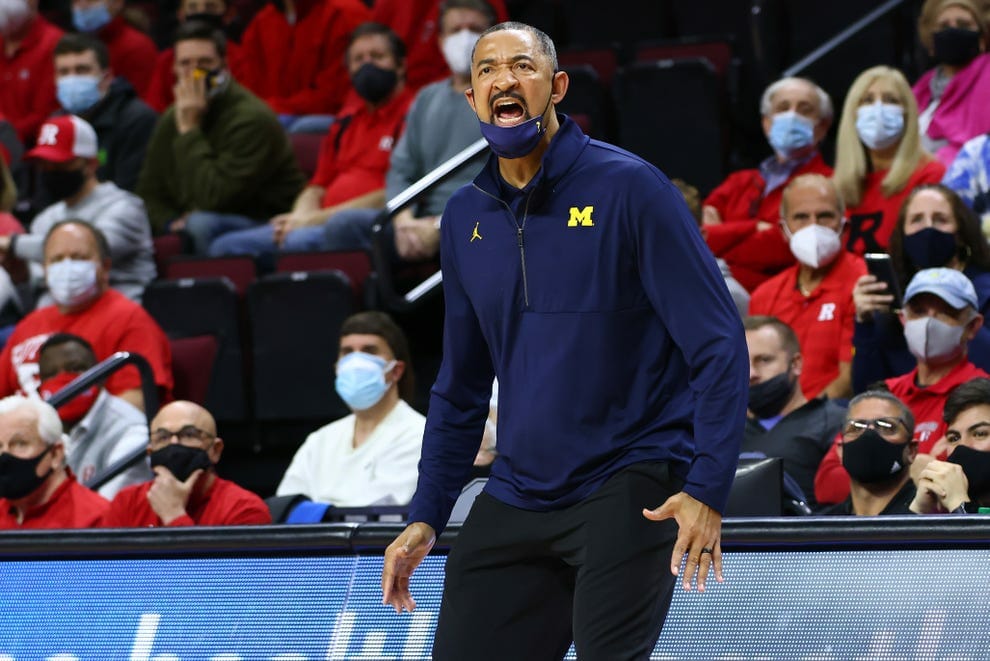 Staring through a computer screen and licking the raw wounds from Michigan’s latest loss — an eight-point defeat to middling Rutgers — Juwan Howard allowed himself to snicker.

“It’s been like that throughout the year,” Howard said, debriefing the Scarlet Knights’ onslaught of 11 3-pointers. “Look at the Central Florida game, the North Carolina game, the Minnesota game.”

Though Howard was specifically lamenting the Wolverines’ porous 3-point defense, he might as well have been bemoaning the full body of work — an underwhelming season filled with uncompetitive losses.

Howard’s tone teemed with incredulity. As Michigan’s season, one that began with vociferous championship expectations, careens towards a crucible, that’s a fair expression to have.

But Howard also spoke with unwavering optimism, one that stands antithetical to his team’s sputtering 7-6 record and two-game losing streak.

Without pausing, he continued.

“But we’ll get better,” Howard said, his face firm and voice determined. “I know we will. Our guys are working hard, growing, getting better and better game by game.”