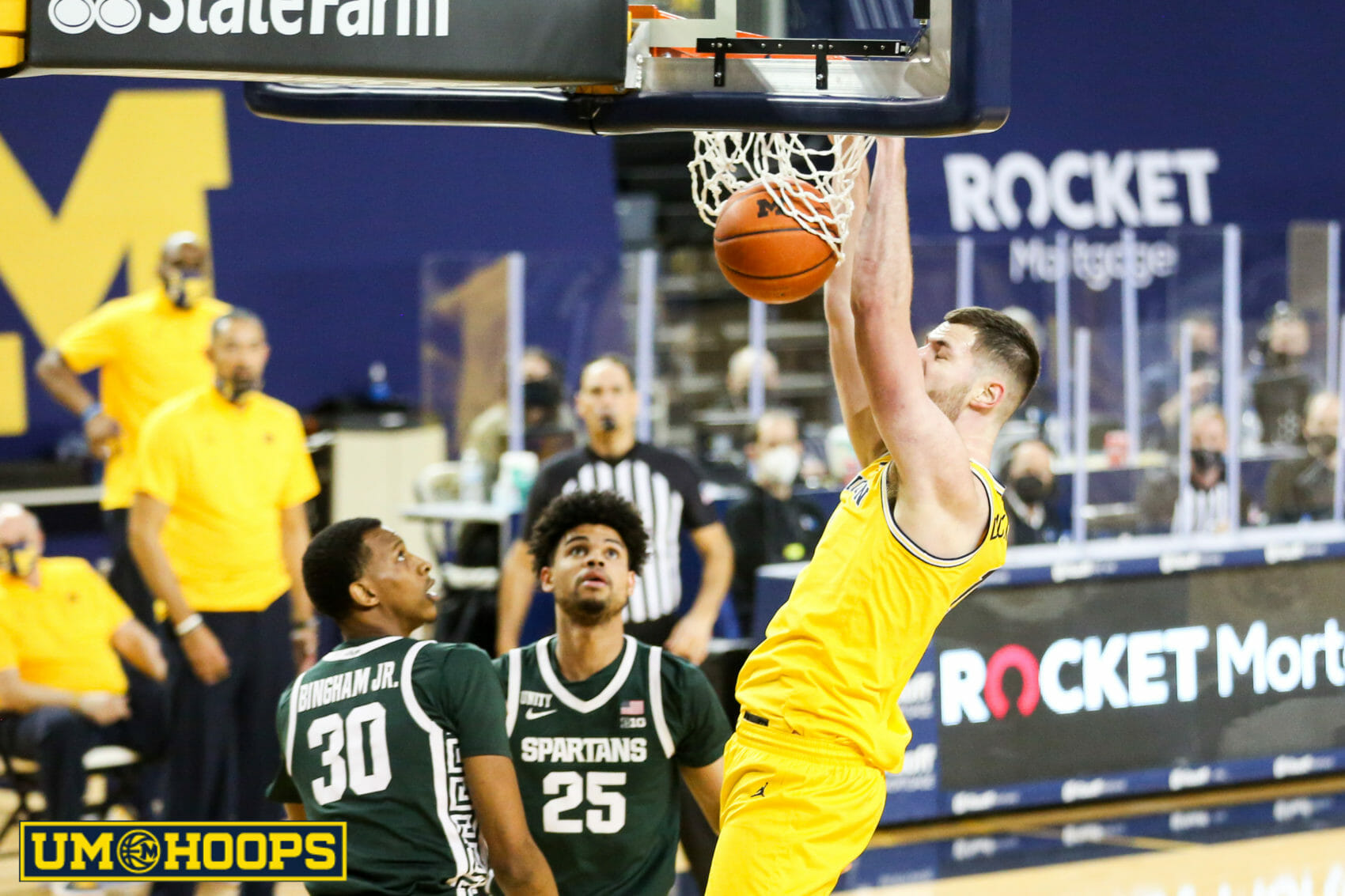 Michigan’s neverending battle to get its season on track enters a new chapter on Saturday (2:30 p.m., FOX) when it hosts Michigan State. The Wolverines are in a skid that’s threatening to shutter the whole season. The product on the court isn’t working, the pieces don’t seem to fit together, and the Wolverines are flirting with a .500 record rather than contending for the league title.

It’s hard to shake the 2017 post-Ohio State or 2011 post-Minnesota vibes from the current situation. Those were two of the worst stretches in recent program history, and both were followed by monumental in-season turnarounds triggered by upset wins over Michigan State. Of course, neither of those teams were dealing with a program-wide COVID-19 outbreak impacting practice and game availability leading up to the game.

Michigan was down to six rotation players on Tuesday at Rutgers and could be shorthanded again on Saturday, although at least two of the four players who missed Tuesday’s game are expected back. They’ll host a Michigan State team that hasn’t lost since Thanksgiving week and is one of the most accurate 3-point shooting teams in the country.