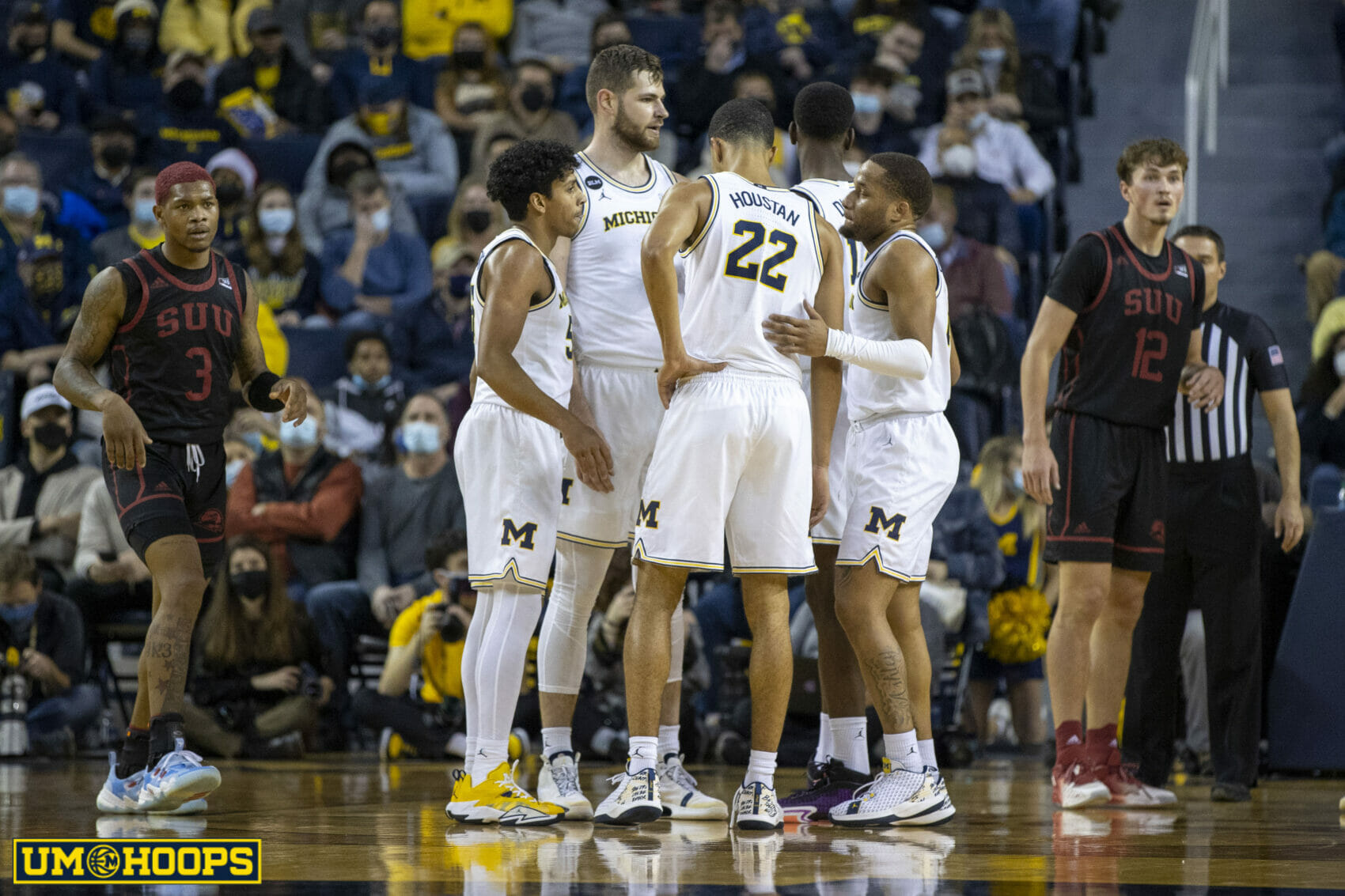 As expected, Michigan’s Tuesday evening game against Purdue has also been postponed due to COVID-19 protocols.

The University of Michigan athletics department announced Sunday (Jan. 9) that its men’s basketball game against Purdue, scheduled for Tuesday (Jan. 11) at 9 p.m., has been postponed due to continued internal COVID-19 protocols within the Wolverines program.

On Friday night (Jan. 7) following medical testing, Michigan fell below the Big Ten Conference roster minimum with fewer than seven scholarship players available, causing its rivalry game with Michigan State on Saturday (Jan. 8) to be postponed. U-M still would fall below that minimum for Tuesday’s contest.

The programs are coordinating with the conference office to reschedule both games.

The U-M Ticket Office has announced tickets for both Michigan State and Purdue will still be valid, if and when the games are rescheduled. Fans with questions may contact the ticket office via email at mtickets@umich.edu.

Michigan’s next game is scheduled for Friday, Jan. 14 at Illinois at State Farm Center in Champaign. That game is set for an 8 p.m. CST tipoff on FS1.