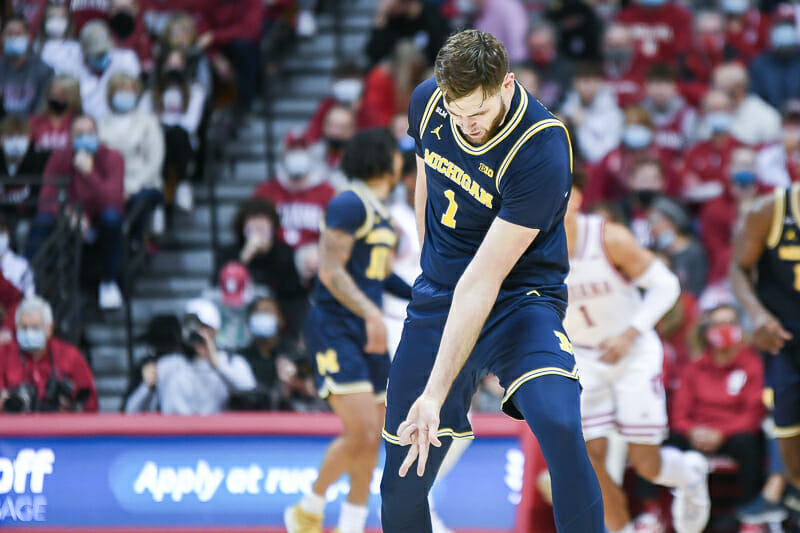 It feels like two hours on a Sunday afternoon can change a college basketball season.

Before Sunday, the most memorable moments in Michigan’s season were those stretches when everything went wrong. Everyone remembers UCF making eight straight threes in the second half, Minnesota burying a barrage of off-the-dribble jumpers, or Hunter Dickinson committing his third and fourth fouls on the same possession as the second half began in Chapel Hill.

The underlying numbers said that the Wolverines were better than their record, but seeing is believing. On Sunday afternoon, they finally flipped the script.

Caleb Houstan hit his first jumper, and then hit four more triples. Brandon Johns added a three, then Terrance Williams hit a pair too. The Wolverines buried a season-high 11 triples as Hunter Dickinson went on another All-American caliber romp at Assembly Hall. He scored inside through contact, flipped in hook shots, and knocked down a trio of threes for good measure. Dickinson had 25 points and nine boards on the road, and the Wolverines picked up their best win of the season by an 80-62 margin.

At a moment when it felt like Michigan’s entire season was on the brink, Juwan Howard’s team suddenly looks like the team that everyone expected in the preseason.