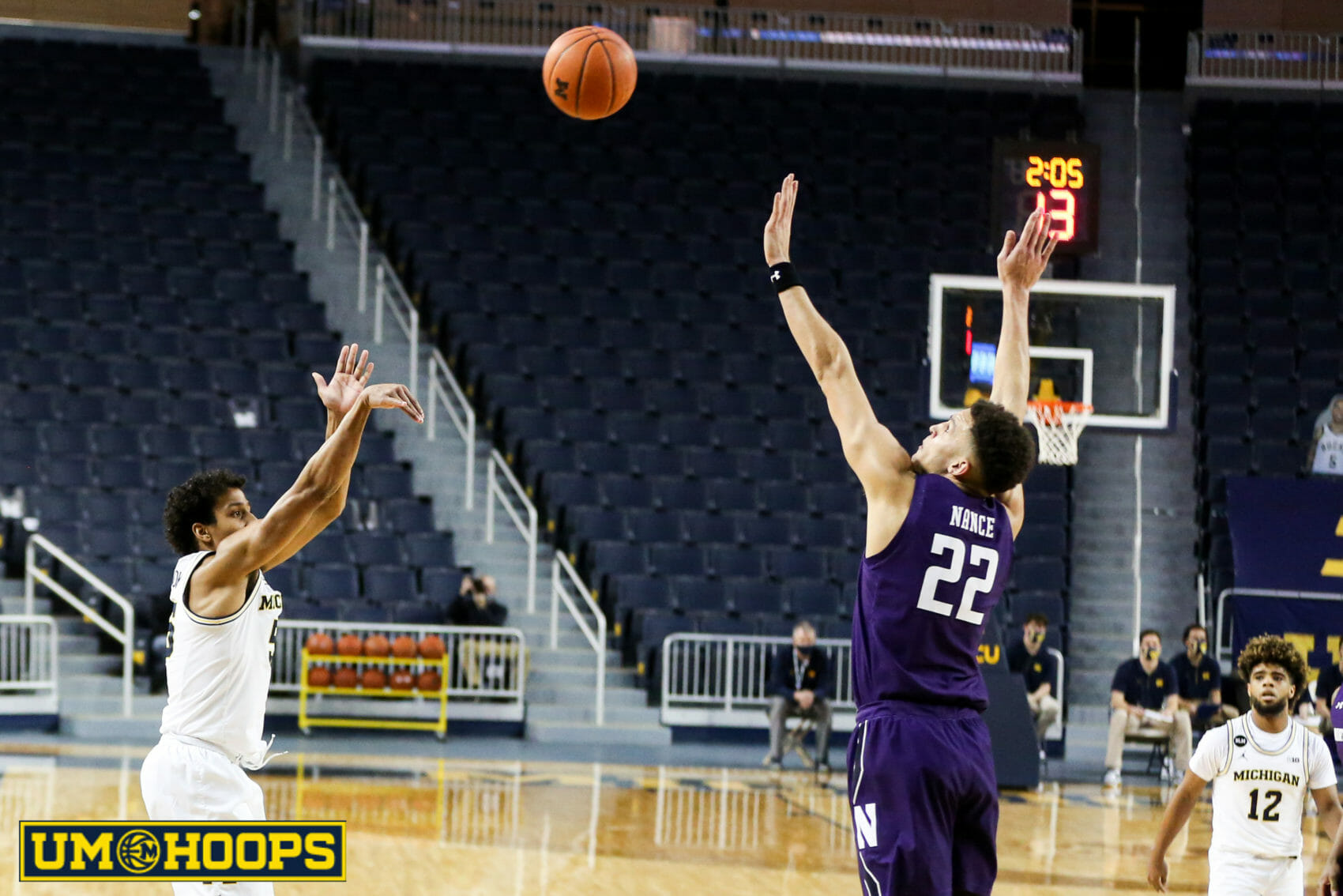 Michigan is coming off of its best week of the season, with impressive wins over Maryland and Indiana, but now it has to build on that momentum. It’s late January, and the Wolverines haven’t strung a three-game winning streak together yet this season, but they have a chance tonight against Northwestern (6:30 p.m., BTN).

The Wildcats arrive at the Crisler Center with a 9-6 (2-6 Big Ten record) and they’ve been competitive almost every time out despite losing six of their last seven games. They’ve lost two games in overtime, and only one of their eight defeats was by more than 7 points (Sunday at Purdue, 80-60). This Northwestern team has gone on the road and won twice (at Michigan State and Maryland) and has more Big Ten experience and talent than its record suggests.

Currently ranked 65th by KenPom, this group still has a chance to be Chris Collins’ best team since his 2016-17 team that finished 38th and made the second round of the NCAA Tournament.